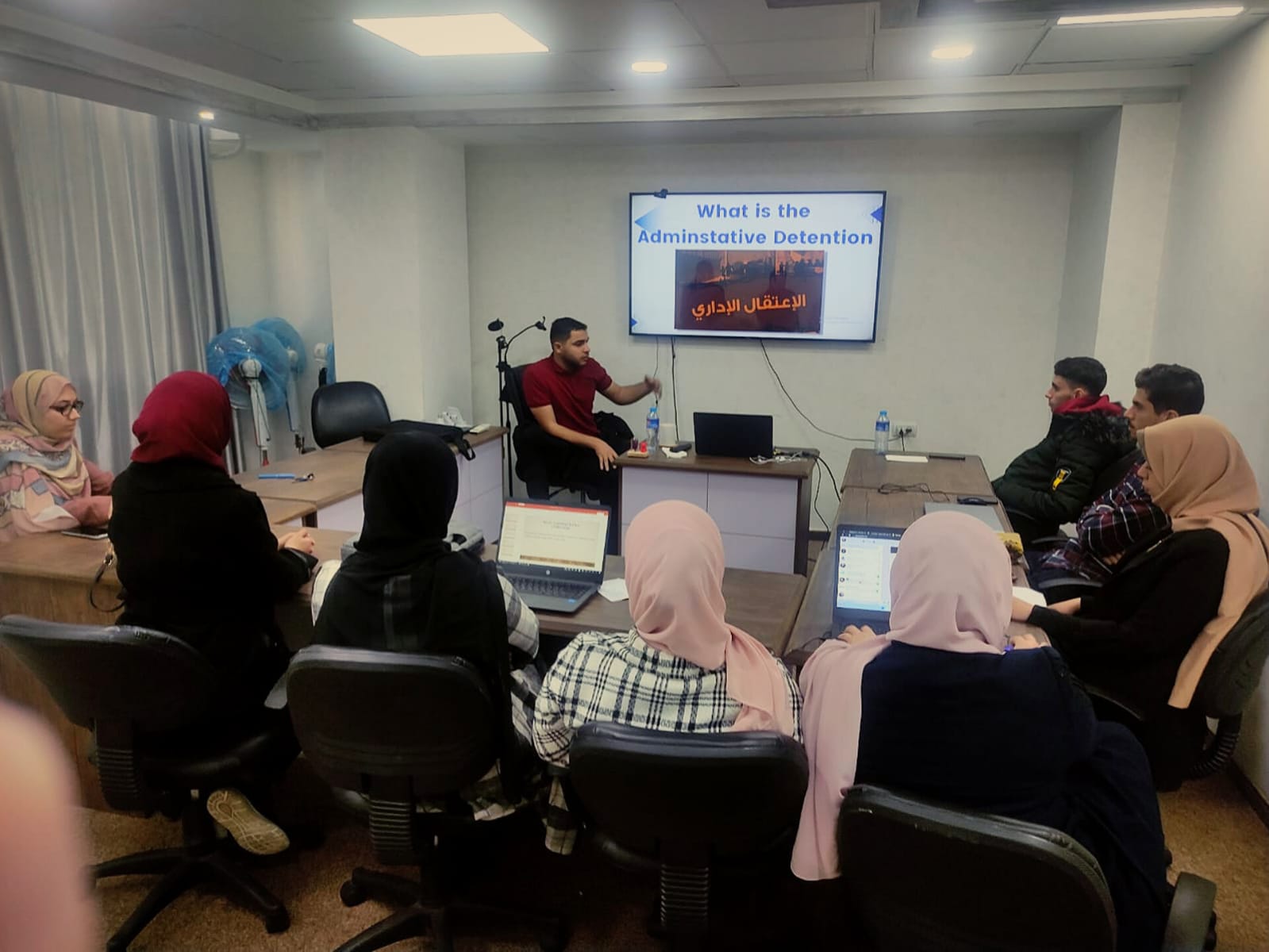 The Days of Palestine Media Institution held a discussion meeting for the English Speak Up Club on Monday, December 19, 2022, in its office in Gaza, which discussed in depth the policy of administrative detention practiced by the Israeli occupation against the Palestinians.

The meeting was attended by a number of workers in the institution and English-speaking Palestinian volunteers in the context of enhancing Palestinian youth’s awareness of their cause and developing their ability to defend it.

The participants in the meeting agreed that the administrative detention policy practiced by the occupation, in all its forms, is a comprehensive crime and a clear violation of international law and norms.

There are approximately 2,000 administrative orders issued against Palestinians since the beginning of this year.

The number of Palestinian administrative detainees inside Israeli prisons since 1967 has reached more than 55,000.

The club also highlighted the violation of the occupation practices of this policy with international conventions, especially the Fourth Geneva Convention, in the midst of international silence towards these practices.

For his part, the head of the Days of Palestine Foundation, Mutee’ Musabih, stressed the need to shed light on the occupation’s continuous violations of international laws and to strengthen the legal aspect in media work.

On the other hand, the participants emphasized the importance of the media role in highlighting the issue of administrative detention as one of the heinous crimes committed by the occupation against the Palestinians, and the need to highlight it and show it widely to the international community.

The Speak Up Club is a media development startup project within the activities of the Days of Palestine Foundation, which is based in Gaza. It includes a number of workers and volunteers in the media field. It aims to shed light on contemporary issues related to the Palestinian cause and discuss ways to support the Palestinian cause.