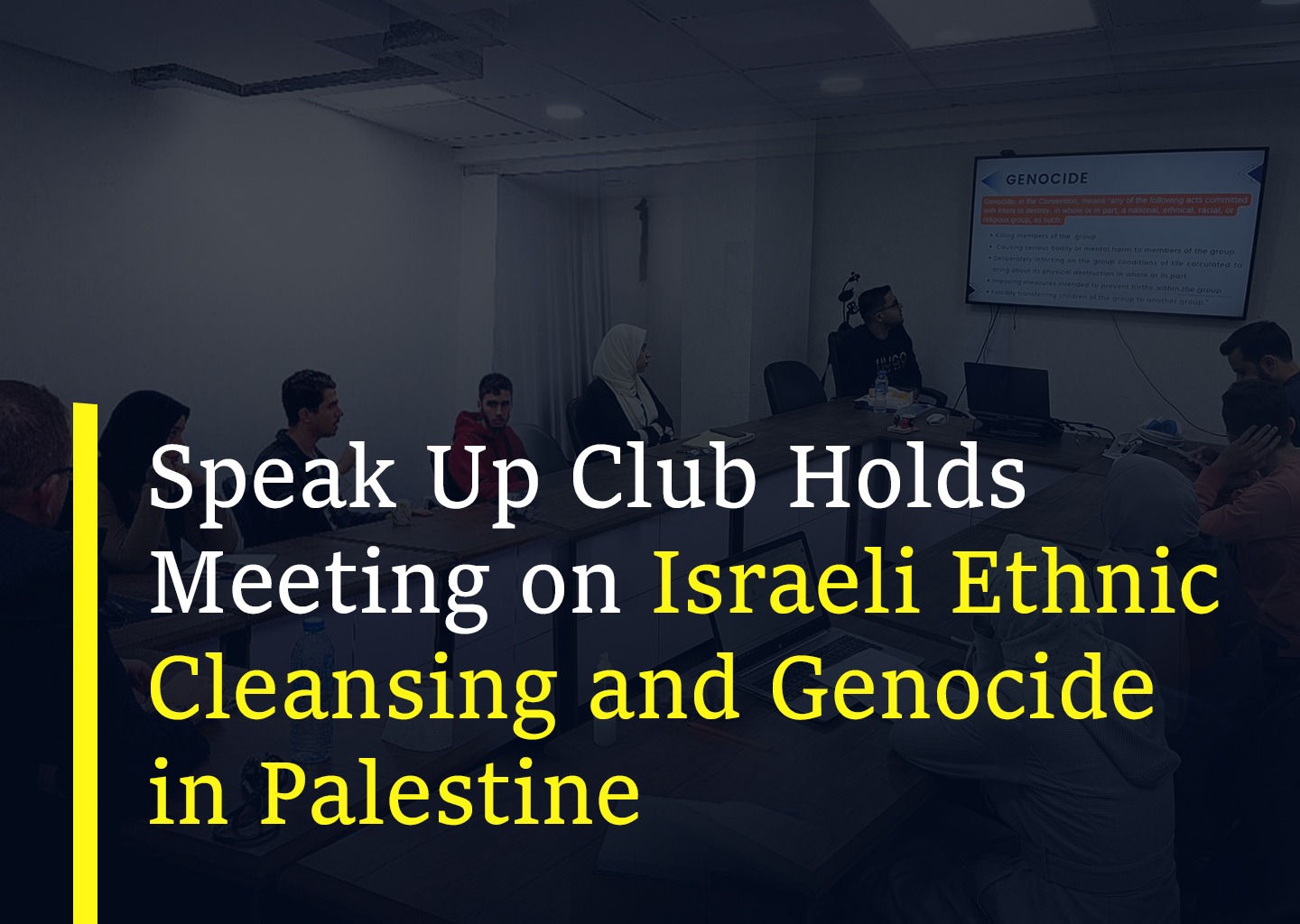 The Days Of Palestine Foundation held the second meeting of the English Language Club (Speak Up Club) on Monday, November 5, 2022, at the foundation’s headquarters in Gaza, where it focused on discussing ethnic cleansing, genocide, and collective punishment as part of the systematic Israeli occupation policy against the Palestinian people.

A number of English-speaking Palestinian youth in Gaza participated in this meeting, and they discussed a number of issues related to the above subject.

During the meeting, the participants indicated that the policy of ethnic cleansing and genocide is an essential part of Israeli policy and is the basis for the establishment of the occupation state on the land of Palestine.

They also added that the occupation practices these crimes on a daily basis, directly or indirectly, the latest of which is the policy of field executions in the cities of the West Bank and the displacement of Palestinians, as well as the demolition of the village of Al-Araqib in the Negev more than 210 times.

One of the participants added that the policy of ethnic cleansing has been an organized policy since the Zionist movement’s invasion of the Palestinian territories, which relies on a long-term plan aimed at evacuating the Palestinians from their lands, eliminating the Palestinian identity and replacing them with illegal Israeli settlements.

The club stressed that the crimes of the occupation must be exposed and the terminology should be used in an appropriate manner and in accordance with international humanitarian law, which describes the practices of the occupation as racist and that they are war crimes and crimes against humanity.

In conclusion, it stressed the role of the media in enhancing international awareness of the Palestinian cause and exposing the reality of the occupation that has been misled for decades in many countries and societies around the world.