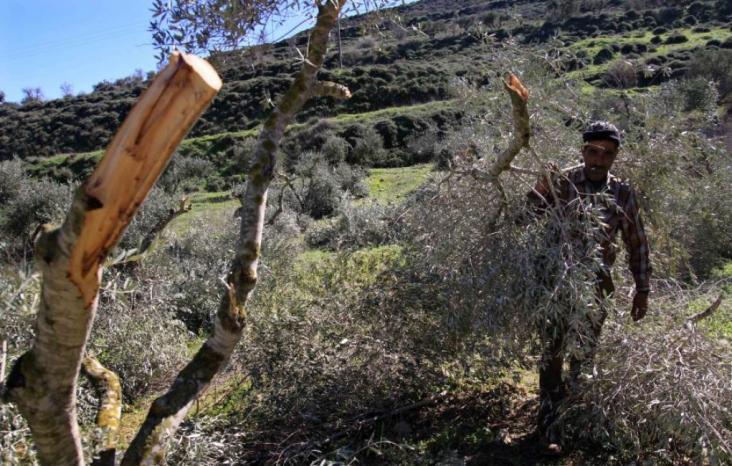 Local Palestinian sources reported that Israeli bulldozers and crews of the occupation municipality in Jerusalem raided the town, under the protection of the occupation soldiers, and uprooted trees in the “al-Hamra land” that was robbed by Israeli settlers at the end of last month.

In the same context, the occupation forces stormed shops and houses in the town of Al-Isawiya, east of occupied Jerusalem . They seized surveillance camera recordings. As well, they attack the town of Al-Tur in the city.

Israeli settlers and forces, aiming at seizing the whole area, systematically carried out attacks against the Palestinian lands in Silwan and other Palestinian villages in the occupied Jerusalem.

Israeli new government, led by Benjamin Netanyahu, has settlement expansion on the list of its main priorities as it seeks to take over as many Palestinian lands as possible.

About 600,000 Israeli settlers in over 230 illegal settlements built since 1967.  Israeli occupation officially took over the Palestinian lands in the West Bank and Jerusalem in 1967.

According to UN resolutions, Israel’s settlement activity constitutes a “flagrant violation” of international law and has “no legal validity”