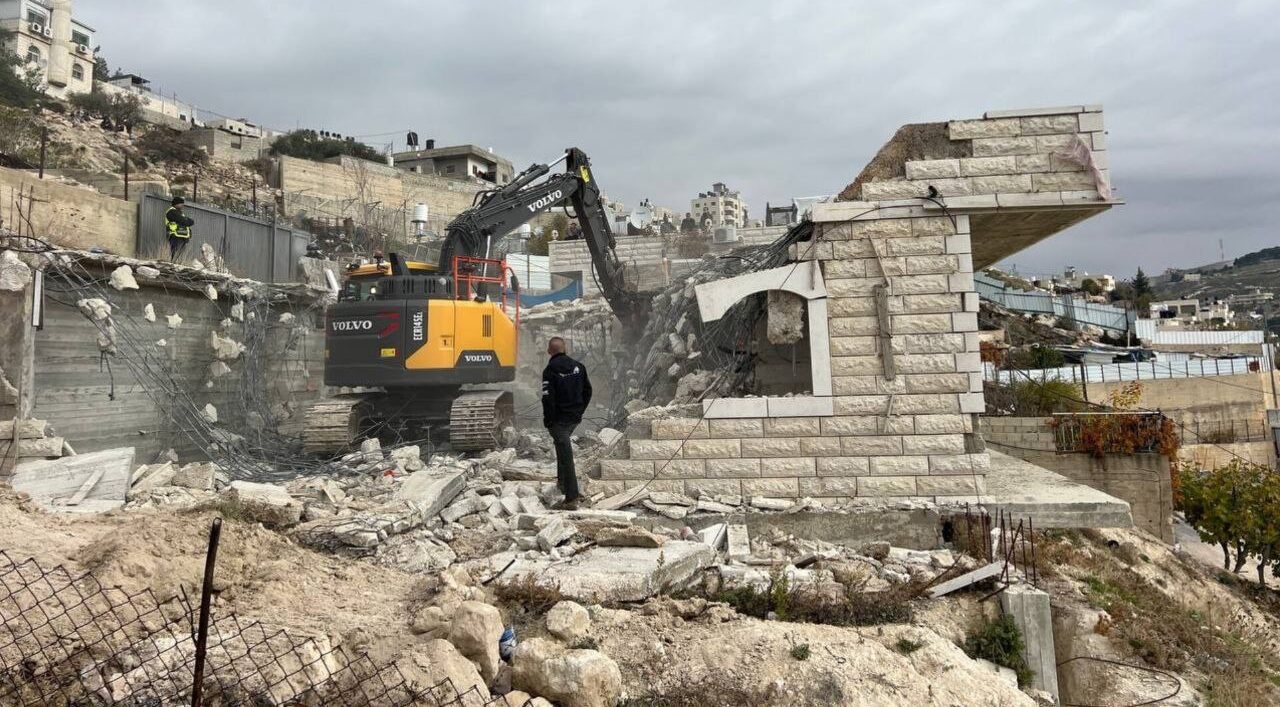 Israeli occupation bulldozers demolished Wednesday, 4 January 2023 a Palestinian-owned home in the town of Silwan, south of Al-Aqsa Mosque under the pretext of building without a permit.

The 10 members of the Al-Awar family intended to move and live in the house yet Israeli occupation forces demolished it despite the ongoing court hearings regarding the housing license.