IOF Force Palestinian to Self-Demolish His House in Silwan 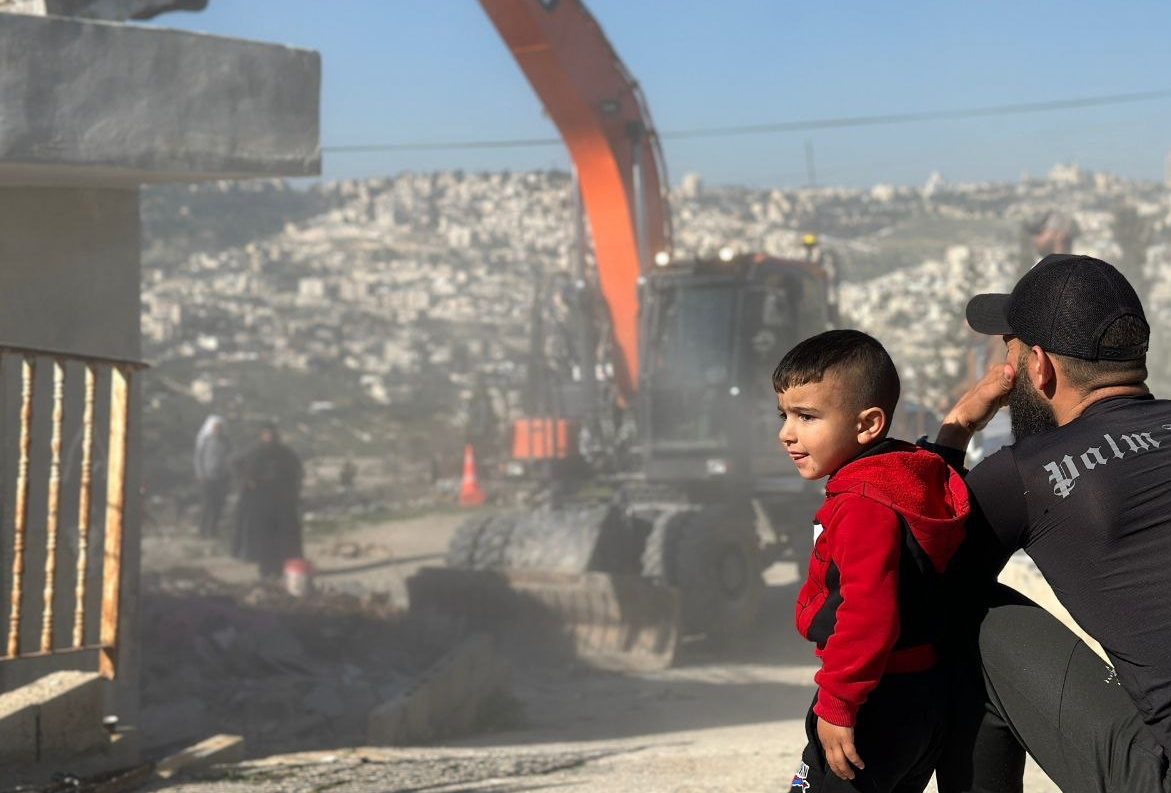 According to Palestinian eyewitnesses, Israeli soldier stormed the neighborhood and forced the Palestinian, Husain Qanbar, under threat, to self demolish his home that housed 7 members.

Using the pretext of building without a permit that it rarely grant to Palestinians in the occupied city, the Israeli municipality has demolished and forced Palestinians to demolish hundreds their houses.

The Israeli occupation systematically practices demolition policy against Palestinians to restrict their existence in occupied Jerusalem.

Meanwhile, the Israeli government builds tens of thousands of housing units in illegal settlements in East Jerusalem for Israeli settlers. It aims to offset the demographic balance in favor of the settlers in the occupied city.

On Sunday, November 14, 2022, the Israeli occupation prepared a plan to construct 9000 illegal settlement units on Palestinian lands of the shuttered Qalandia airport, north of occupied Jerusalem, in the West Bank.