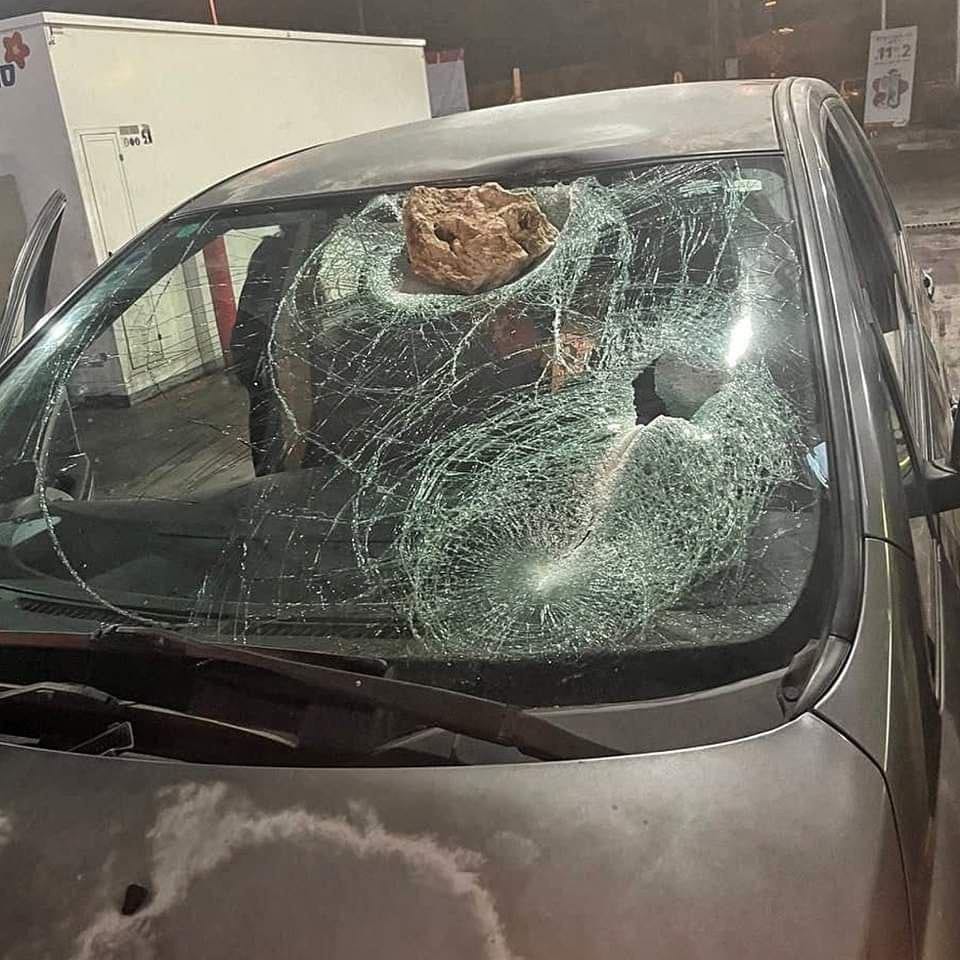 Colonial Israeli settlers attacked Thursday, 17 November 2022 vehicle belonging to a Palestinian near the village of Jit, east of Qalqilya.

Local sources reported that a group of colonial Israeli settlers attacked a vehicle owned by the Palestinian man Majdi Majed Quraan from the city of Qalqilya with stones while he was with his family, causing damage to the vehicle.