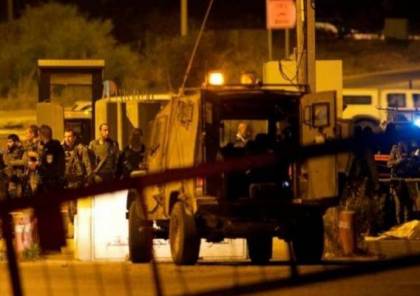 The Israeli Occupation Forces (IOF) closed Wednesday, November 16 the “Container” military checkpoint to the northeast of Bethlehem, which separates the south of the occupied West Bank from its center.

The occupation soldiers closed the road which allows the passage of vehicles without knowing reasons as this caused a traffic jam on the street linking the south, center and north of the West Bank.

The occupation forces implement, on a daily basis, systematic arbitrary policies against the Palestinian people with the aim of turning life in Palestinian cities into hell, in a deliberate attempt to obstruct the daily life of its people.