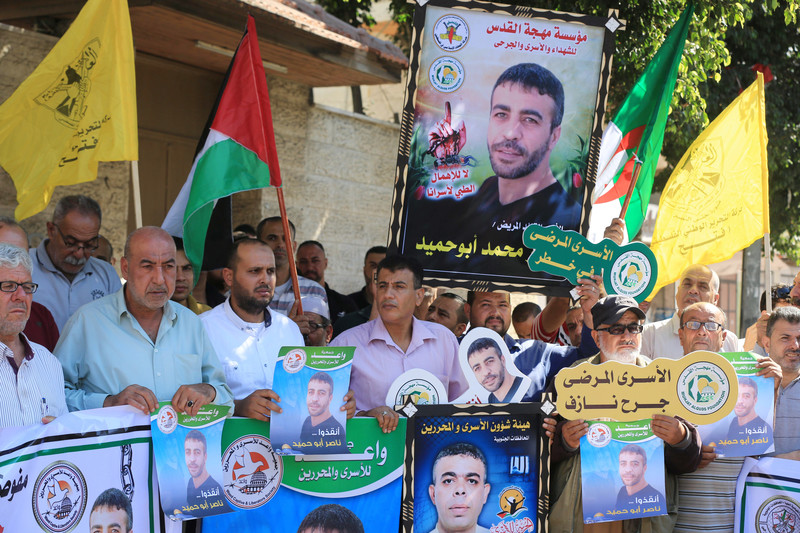 292 human rights and civil institutions condemned on Saturday, October 15, 2022, the continued and systematic detention of 4,650 Palestinians by the Israeli occupation, distributed in about 23 Israeli prisons.

Among these Palestinians detained in the occupation, prisons are 32 women and girls, about 180 minors under the age of eighteen years, and 780 administrative detainees, including two female prisoners and four children. There are also 600 Palestinian detainees suffering from various diseases, 22 of whom have cancer, in addition to 549 prisoners who have been sentenced to life imprisonment, once or several times.

The institutions called on the international community, led by the United Nations and the International Committee of the Red Cross, to put pressure on the racist Israeli occupation to end the administrative detention file and stop using it against the Palestinians.

They called for action to stop this systematic policy based on the abolished colonial emergency law, calling for the widest international campaign of solidarity with Palestinian detainees in general, and administrative detainees in particular.

The institutions also affirmed that the arbitrary detention, physical and psychological torture, cruel, inhuman and degrading treatment and punishments to which Palestinian prisoners and detainees are subjected, flagrantly violate international human rights law.

Human rights and civil institutions condemned the policy of medical negligence pursued by the Israeli occupation and apartheid against Palestinian female and male detainees, the policy of torture and solitary confinement in cells lacking the minimum conditions of human life, depriving the families of prisoners of their visits, and the systematic abuse and torture of male and female prisoners.

They also called United Nations and the Human Rights Council for an extraordinary session to discuss the conditions of Palestinian detainees in Israeli prisons.