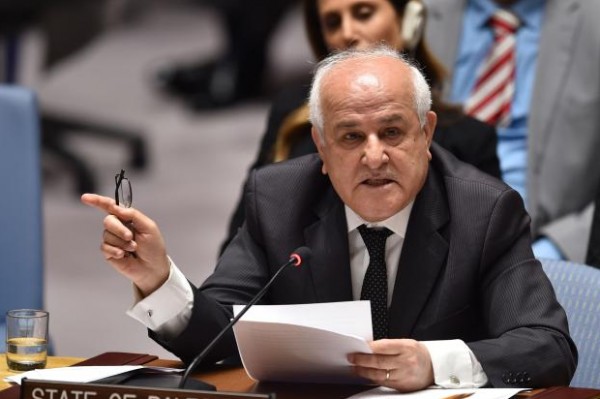 The Representative of the State of Palestine to the United Nations, Riyad Mansour stated Saturday, October 15, 2022 that it’s time for the International community to take clear measures of accountability in light of Israel’s flagrant violations of human rights against the Palestinian people.

Mansour indicated that the occupation forces targeted Jenin camp again, which resulted in the killing of a young Palestinian man and a doctor who were trying to rescue the wounded Palestinians.

It’s noteworthy that the murder of Dr. Abdullah Al-Ahmad Abu Al-Teen, 43, who was deliberately shot in the head by Israeli soldiers in front of Jenin Governmental Hospital, and the young Palestinian man Matin Dabbaya, 20, and two paramedics were injured while trying to reach the wounded Palestinian civilians.

Mansour stressed that the International community should not remain silent while the Israeli occupation crimes are being repeated on daily basis targeting innocent Palestinian civilians.