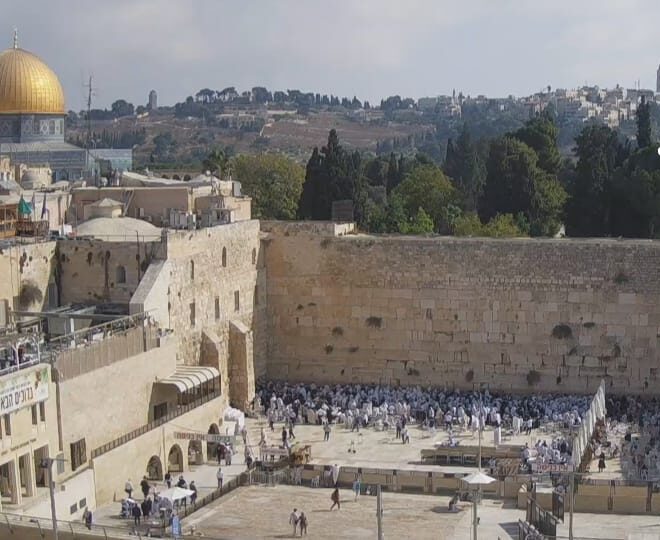 Meantime, Israeli occupation forces are widely disseminated across the compound of the Al-Aqsa Mosque to safeguard the colonial settlers, prohibiting the presence of Palestinians.

Under the terms of the Status Quo on holy sites, a decree fixed by decree of the Ottoman Sultan in 1757 and codified in more detail by a British government Commission in 1922, the Wall is technically Muslim property, belonging to the Waqf, who also owns the synagogue area in front of it.

Following the 1967 war, Israeli occupation gives 619 Palestinian inhabitants of the Maghribi Quarter just a few hours to vacate their homes. Then Israeli bulldozers came in and destroyed this historic district. This act, in contravention of the Geneva Convention, was done in order to create a plaza big enough to accommodate the thousands of colonial Israeli settlers expected to flock to the Al-Buraq Wall.

In 2003, the Waqf’s management of Al-Aqsa visits was revoked by Israeli authorities. Since then, Israeli forces have allowed colonial settlers to break into the site on a near-daily basis.

Israeli colonial settlers repeated violations of Muslim, as well as Christian, symbols as a deliberate attempt to Judaise the occupied Jerusalem, with the progressive expulsion of the local population; the Palestinians.