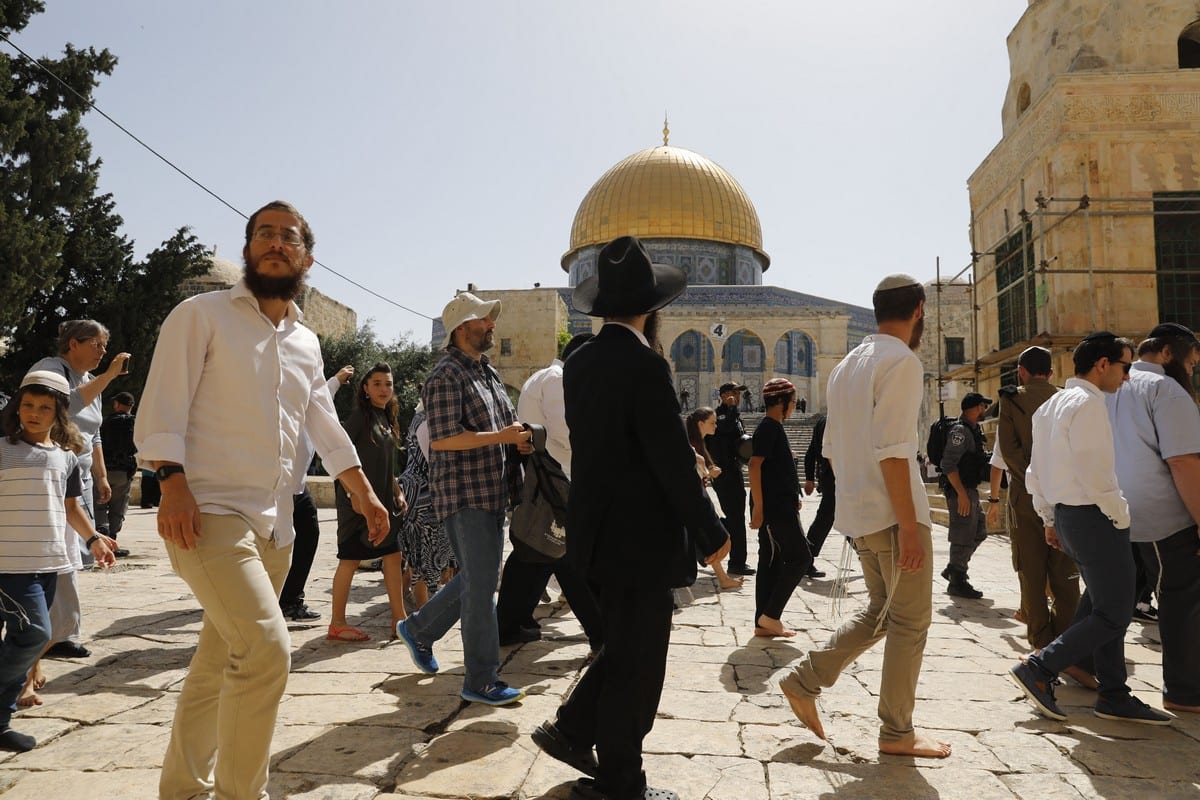 Tens of Israeli settlers invaded the courtyards of Al-Aqsa Mosque via its Al-Maghariba gate under the protection of Israeli occupation forces on Sunday morning, January 15.

The Palestinian Department of Islamic Endowment in occupied Jerusalem reported on Sunday morning that scores of Israeli extremists carried out provocative tours at the courtyards of the Mosque.

Earlier Sunday, the Israeli occupation forces deployed heavily in Al-Aqsa’s courtyards and its surroundings to pave a way for the settlers’ incursions

On a daily basis, Israeli settlers carry out incursions into the blessed Mosque and provocatively perform Talmudic rituals under the protection of Israeli occupation forces.

On the other hand, the Palestinians in occupied Jerusalem continue their calls to mobilize at Al-Aqsa to confront the Israeli incursions, which increased with the beginning of the Netanyahu government.