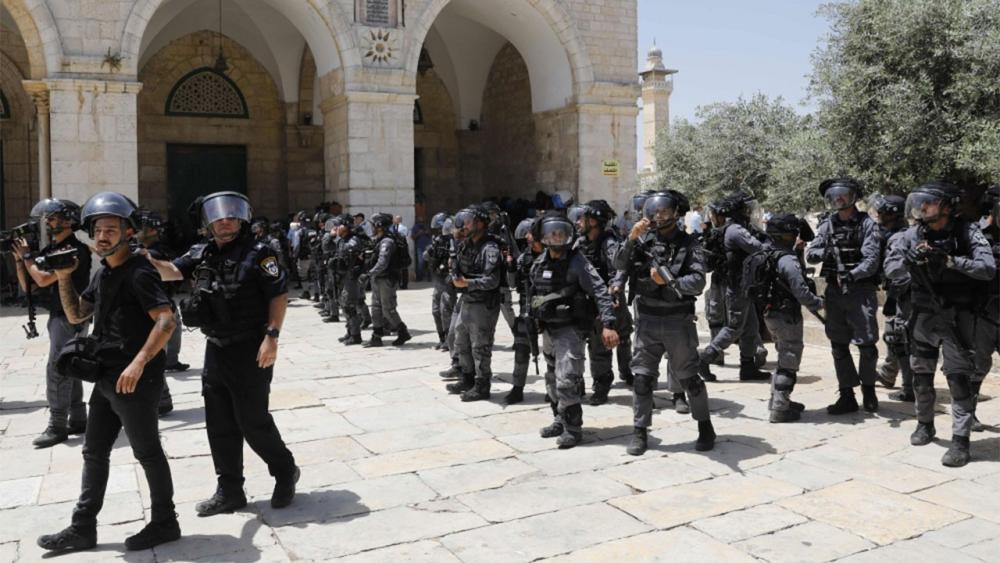 Specialists have warned of the high frequency of attacks commited by the Israeli occupation and its settlers against the blessed Al-Aqsa Mosque, and the continuation of the “Temple Groups” with their plans to Judaize the mosque, leading to temporal and spatial division.

Amer Khalil, a specialist in Israeli affairs, said that what Netanyahu’s extremist government is doing is a continuation of the decades-long Judaization of the Holy City, and an attempt to impose historical facts.

He pointed out that the steps of the extremist “Itamar bin Gvir” towards Al-Aqsa Mosque will not be successful, stressing that his continued storming of the mosque is a fuse to ignite and explode in the region.

The director of the Jerusalem Center for Studies, Imad Abu Awwad, stressed that it is expected that in the coming days will witness more storming of Al-Aqsa Mosque by the occupation and its settlers. He also pointed out that Palestinian people are facing a fascist Israeli government that pursues extremist policies and plans towards the West Bank, Jerusalem and the holy sites.

He explained that the impact of the new occupation government on the reality of the occupied West Bank and Jerusalem is very dangerous, noting that all occupation governments are pursuing the same criminal and Judaizing schemes against Islamic sanctities and the Palestinian people.