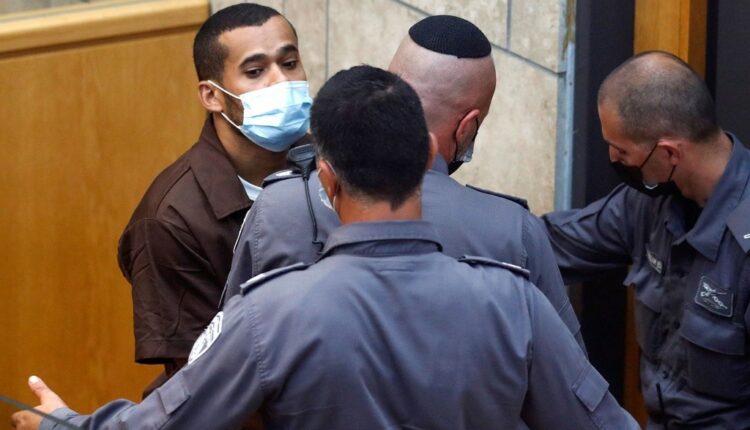 The Palestinian Muhja Al-Quds Foundation reported on Saturday that the Palestinian Galbou escapee Munadel Nufiat continued his open-ended hunger strike for the 6th day in a row.

Munadel Nufiat, 28, has launched an open-ended hunger strike to protest against the arbitrary measures he is subjected to by the Israeli occupation authorities, Muhja Al-Quds added.

In a letter, Munadel Nufiat stated that he has been on hunger strikes since the 2nd of January to demand the Israeli occupation authorities end his isolation in solidarity confinement.

Prisoner Nufiat pointed out that the Israeli jailers routinely provoke him and make unfair decisions against him. He also was banned from family visits last week.

Munadel Nufiat, one of Galbou’s prison escapees, was arrested on February 2020. He managed to escape the Israeli prison one year later, along with five long-term sentenced prisoners.

Israel holds about 4,700 Palestinian prisoners in its prisons, including 29 female prisoners and 150 children. 850 of the prisoners are held under administrative detention.