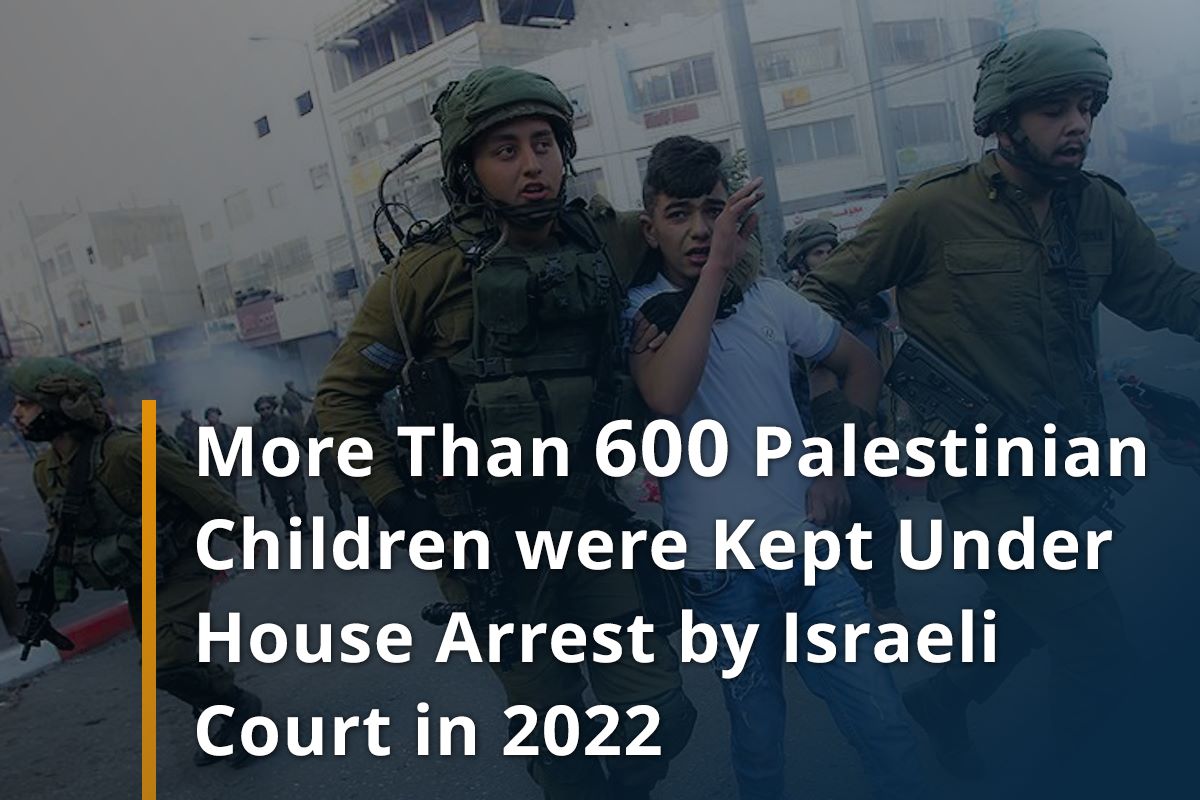 More than 600 Palestinian children were kept by Israeli courts under house arrest in 2022, today said the Commission for Detainees and Ex-Detainees Affairs.

It said in a statement that the Israeli occupation authorities resort to house arrest, mainly imposed against children and youth in occupied East Jerusalem, as a form of punishment for children under the age of 14 because Israeli law does not permit their imprisonment. As a result, the courts order their detention inside the house for the period during which the Israeli court examines their file until the end of the judicial procedures against them and a ruling is issued, which may take a few days or up to a year or more, and this period is not counted from the period of the actual sentence that is later issued against the child.

During this period, the child is forced not to leave the house at all during which the child has to wear a tracking electronic bracelet, and will not be allowed to go to school or to even to a clinic without being accompanied by a supervisor.

According to official statistics, there were more than 600 cases of house arrest for children during 2022 broken down into two types: the first, the child remains in his home and among his family throughout the specified period according to the court’s decision until his case is decided. The parents are often forced to sell property or use their savings to deposit large sums of money in the treasury of the court to ensure the implementation of the conditions for the release of their child.

The second, which is the most difficult and complicated, is removing the child from his family’s home and forcing him to stay at a house outside his city, which applies now to four children from Jerusalem under the age of 18. Two were forced to remain in prison in the city of Ramle, and two in other cities, a step that scatters the family and increases its financial burdens because it is forced to rent a house far from their home, not to mention the social problems that will result between the child’s family and the sponsor, who is a relative or friend, especially if the period of imprisonment is prolonged.

The Commission said that house arrest leaves difficult psychological effects on children and their families, who are forced to monitor their child at all times and prevent them from leaving the house in implementation of the conditions of the release imposed by the courts. The house arrest also deprives children of their right to education and creates a constant feeling of anxiety, fear and deprivation, which causes the child a state of psychological instability, sometimes involuntary urination and excessive nervousness.