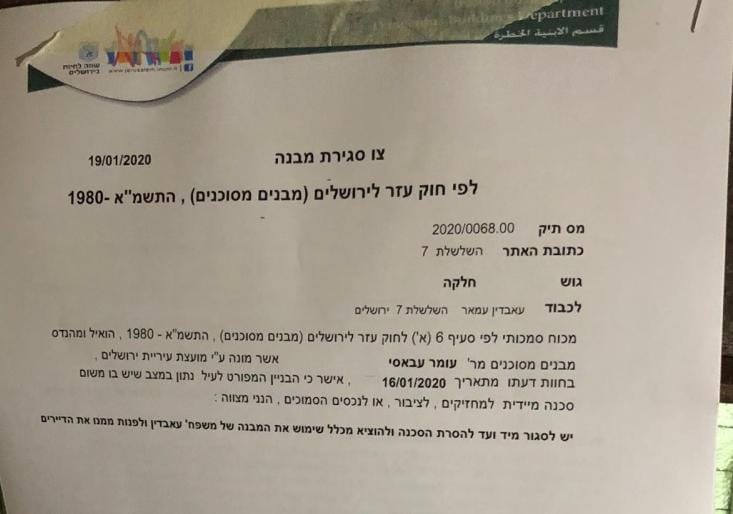 Fuad Al-Amour, a Palestinian activist who monitors the Israeli settlement activities in the Masafer Yatta, reported that Israeli occupation forces raided the Jawaya and Zaima areas.

The Israeli forces handed over five Palestinian families in Masafer Yatta notices to demolish their own homes estimated to be 120 to 150 meters in size, Activist Al-Amour pointed out.

He added that the Israeli occupation forces notified the demolition of three water wells owned by the Palestinian citizen Jamal Al-Hrouh and prevented two other farmers from farming their lands.

This came after the Israeli occupation authorities declared Masafer Yatta a closed military zone. Several military exercises were carried out, which threatened the lives of Palestinians.

Under international law and the Geneva conventions, the forcible transfer of protected residents in occupied territory is considered a war crime.

More Palestinian houses and structures in the occupied West Bank, including Masafer Yatta,  and Jerusalem were ordered to be demolished with the start of the new far-right Israeli government.

Since the Israeli Knesset passed a vote of confidence in right-wing Netanyahu’s government, the new far-right-wing government has been unfolding the racist and fascist face of Israel.