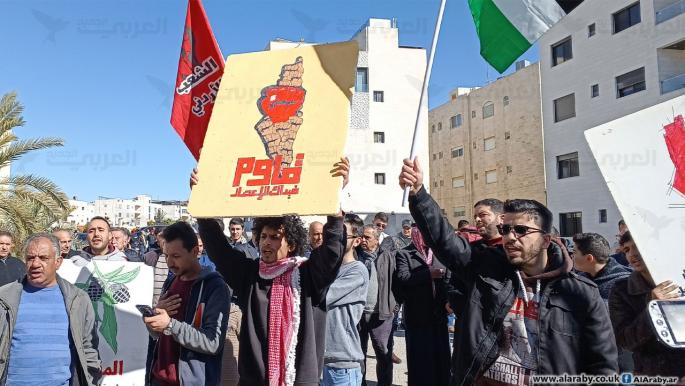 Tens of Jordanian activists took part in a protest outside the Israeli embassy in Amman in solidarity with Palestine on Friday afternoon, January 20, 2023.

The rally showed great solidarity with the Palestinian people and Al-Aqsa Mosque. It also came in protest of the escalating Israeli settlers’ incursions and attacks against the blessed Al-Aqsa Mosque.

Protesters raised the Palestinian flags and expressed their rejection of the Israeli ongoing violations against the holy city of Jerusalem and the Al-Aqsa Mosque.

The participants also chanted slogans in support of Palestinian resistance, denouncing treaties and agreements signed with the Israeli occupation government.

In addition, the participants criticized the continuation of diplomatic relations with Israel, calling on the Jordanian government to take firm measures to stop Israeli practices against the Palestinian people.

Jordan described the move as an unusual provocation. The Jordanian Foreign Ministry said the Israeli ambassador had received a “strongly worded letter of protest to be conveyed immediately to his government.”

Jordanian activists routinely organize protests and rallies in support of the Palestinian people and to protest against Israeli crimes and human rights violations.