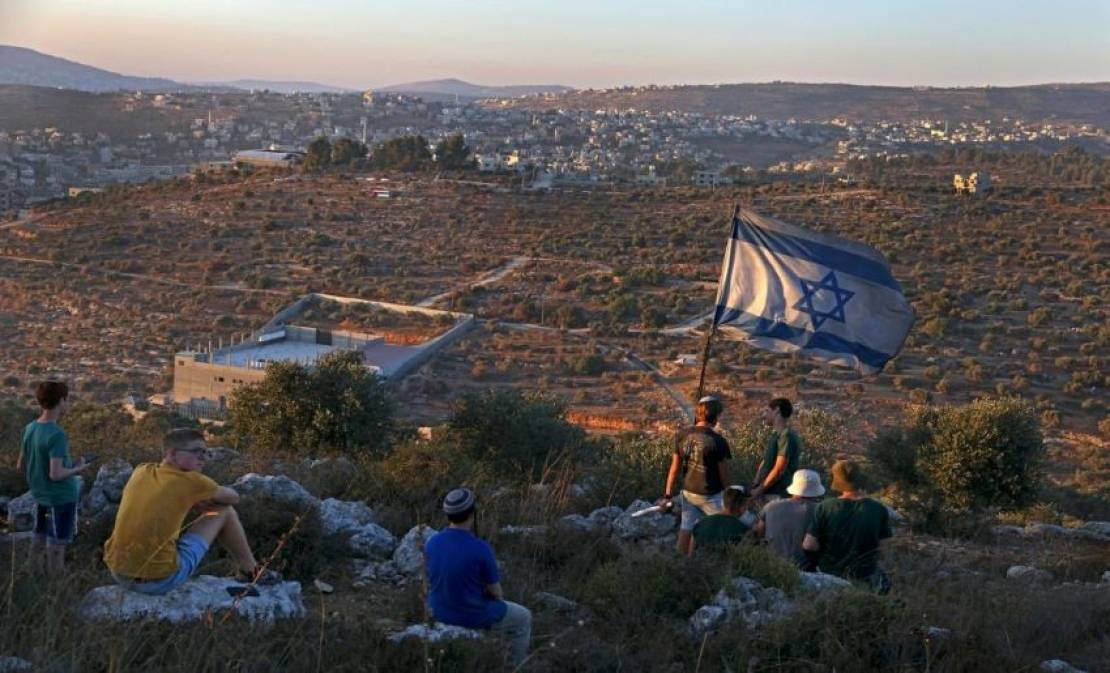 Illegal Israeli settlers on Friday night took over a new hill on Nablus governorate, north of the West Bank, and built a settlement outpost.

Local sources reported that a group of Israeli settlers had placed caravans in the Jama rough area of the village of Gorish, south of Nablus.

Five Israeli settler families invaded the hill near the settlement of “Majalim” in Nablus, under the pretext of commemorating a religious Zionist leader.

The confiscated hill is located between the villages of Qasra and Gorish, in a strategic position overlooking the settlement route, which linking the territories, the northern and central West Bank, and will limit Palestinian geographical outreach in the region.

Anti-settlement activist Bashar al-Karyouti said the new outpost was set up next to citizens’ areas in the town of Gorish.

On Friday morning, Palestinians were surprised by the placement of caravans on their land.

Settlement organizations, including Nachala Settlement Movement, have developed a plan to place dozens of settlement outposts in the West Bank, aiming to confiscate 2 million dunums of Palestinian-owned land to deploy settlements in the Bank, Nakab, and Galil.

Members of Nachala assert that they want to reach the mountains to build new settlements, by jumping between hills with the help of young Jews.

Daniela Weiss who’s in charge of Nachala Movement looks to place “Mezuzah” (a piece of parchment Jews affix to the doorposts of their homes) in every spot of Palestine, especially in Nablus, Hebron, and Jericho.

Weiss embraces the idea that the land of Palestine should be for the people of Israel only, and that settlement outposts are established as a prelude to building cities for Jews expanding on the West Bank.

Along with Nachala, dozens of settlement organizations are active, some of them financed by the Israeli occupation government, such as the “Guardian of Judea and Samaria”, “Kidma” and “Beit Yatir”, which provides settlement outposts with volunteers to work in the cultivation of Palestinian land confiscated for settlers

The annual increase in settlement schemes saw a 26% rise, and in one year the construction of 7,292 settlement units was promoted.

Field data indicated that the occupation government seized 22,300 dunums of West Bank land in the first half of 2022, which is the largest since 1997.

There has also been an acceleration and increase in the construction of settlement agricultural outposts over the past years, with 62 in the West Bank, raising the number of outposts to 176 in Bank.