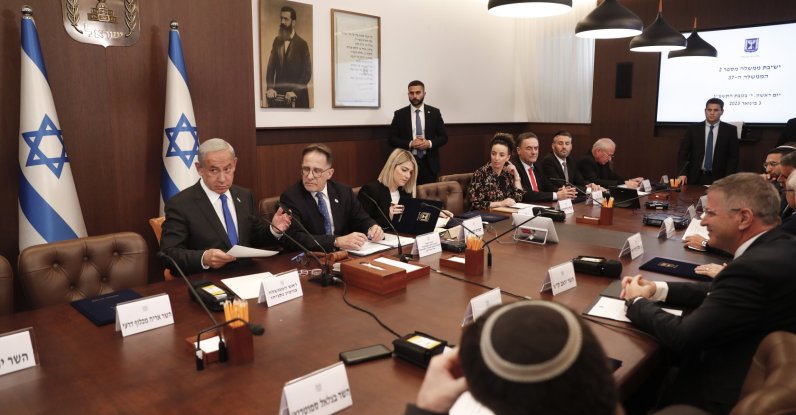 Churches in Occupied East Jerusalem are worried about rise of Attacks by Israeli extremists on Christian properties in the city.

Current former Church officials stated that attacks are frequent on Christian property, as for example on Sunday, Israeli extremists destroyed 30 graves with Crosses dropped into a Christian cemetery belonging to the Evangelical Episcopal Church in East Jerusalem.

On December 27, 2022, dozens of The 5,000-square-meter (53,820 sq ft) plot of land was stormed by settlers. of Earth in Sloane South of The Old City of Jerusalem, under the Israeli forces’ protection.

The Greek Orthodox Patriarchate condemned the settlers’ raid, describing it as “a clear infringement on Its characteristics in Jerusalem.

Patriarchate indicated fact that two years ago, a settler association attempted to take over the Imperial and Little Petra hotels in Omar bin Al-Khattab Square in old City of Jerusalem.

The former bishop of Evangelical Lutheran Church in Holy Land Munib Younan said: attack on Cemetery tell history of Lutherans since the nineteenth century Evidence of The hatred of attackers.”

He stressed that the aggressors “aimed to seize the Hebron Gate by seizing the Imperial Hotel and Petra, which will lead to control of local of international Christian pilgrimage to church of Holy Sepulcher in old City.”

The recent attacks are not limited to property of Lutheran Church, however also this included property of Other Christian denominations, including those owned by the Greek Orthodox Church.

A spokesman for the Greek Orthodox Patriarchate, Father Issa Musleh, said: attack churches and monasteries, just as they are attacking the blessed Al-Aqsa Mosque.

attributed increase in Numbers of Christians in The holy land in Part of the Christian feeling that they are being targeted by extremists.

Musleh said: Attendance of far-right government in Israel doesn’t scare Just us, but all world. “