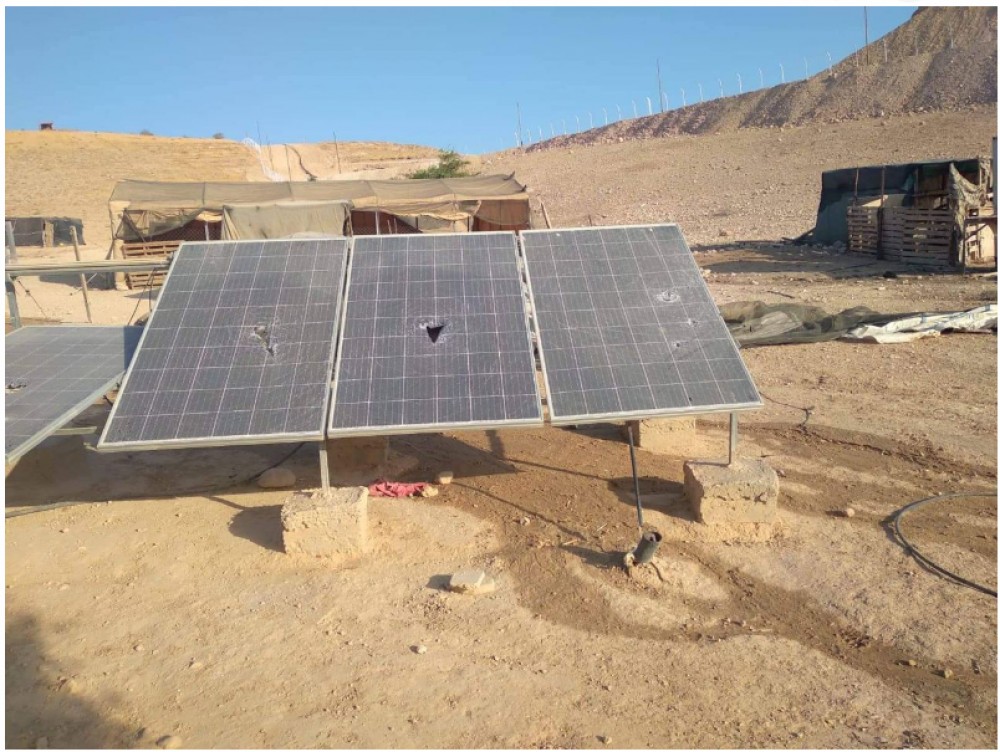 A group of Israeli settlers last night vandalized and shattered solar cells Palestinian-owned in the village of Al-Farisiya in the northern Jordan Valley region, to the northeast of the occupied West Bank.

Over the past months, the village has been a target of almost daily acts of vandalism and violence deliberately acted by Israeli settlers under the protection of the Israeli occupation forces.

More than 600,000 Israelis live in Jewish-only settlements across occupied East Jerusalem and the West Bank in a clear violation of the International Law.