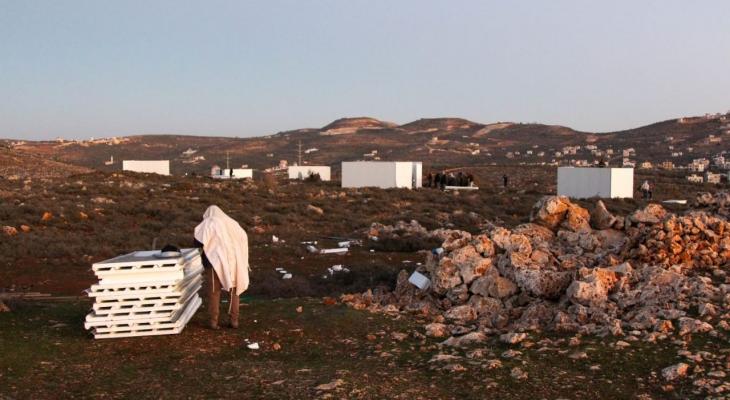 The Palestinian activist Ghassan Daghlas, in charge of the settlement activities file in the northern occupied West Bank, reported that the settlers established a new settlement outpost in occupied Nablus.

In a related development, the Palestinian ministry of foreign affairs denounced the settlers’ establishment of a new settlement outpost in Nablus.

In addition, Palestinian spokesman of the Hamas movement Abdul Latif Al-Qanu condemned the settlers’ theft of Palestinian land in Nablus.

Spokesman Al-Qanu stated that this crime poses open aggression that reflects the fascism policy of the new Israeli government against the Palestinian lands in the occupied West Bank.

Israeli new government, led by Benjamin Netanyahu, has settlement expansion on the list of its main priorities as it seeks to take over as many Palestinian lands as possible.

About 600,000 Israeli settlers in over 230 illegal settlements built since 1967.  Israeli occupation officially took over the Palestinian lands in the West Bank and Jerusalem in 1967.

Earlier in 2023, The European Union reiterated its strong opposition to the Israeli settlement policy and the illegal measures against Palestinians in this context.

According to UN resolutions, Israel’s settlement activity constitutes a “flagrant violation” of international law and has “no legal validity”