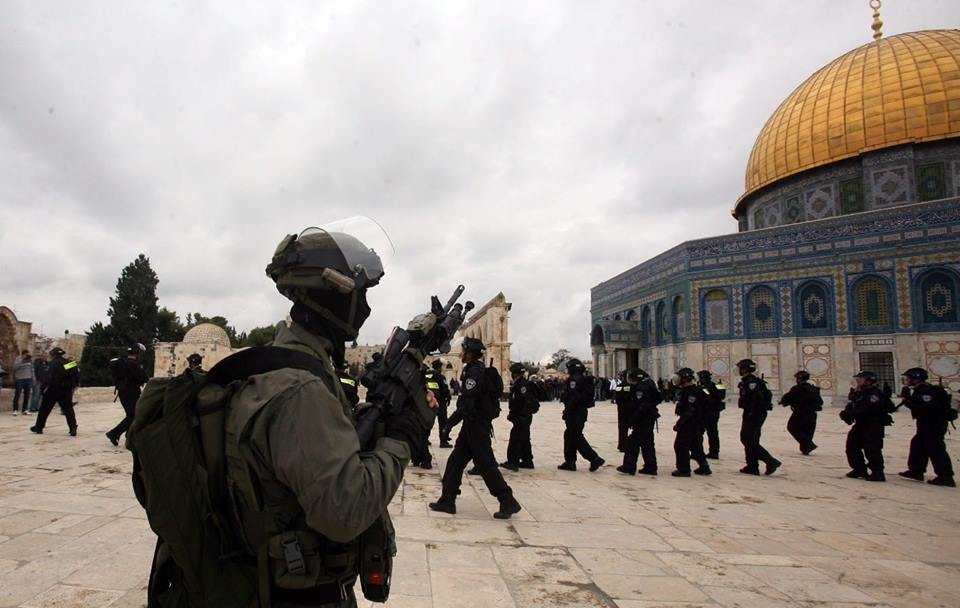 The number of Israeli occupation crimes against the Palestinians in the occuiped city of Jerusalem has increased snappily during the month of December 2022.

During the reporting period, at least 4319 colonial Israeli settelers invaded the courtyards of Al- Aqsa mosque and performed provocative Talmudic rituals in some of its yards. The colonial settlers intensified their incursions into Al- Aqsa mosque during the so-called “Hanukah holiday” as their numbers reached 1714, according to data collected by AlQastal News.

All colonial settlers and the settlements in which they live are illegal under international law.

At the same time, the Israeli occupation issued 24 banishment orders against Jerusalemite activists among them 3 women and 3 minors, Al-Qastal reported. The French-Palestinian human rights defender Salah Hammouri was forcibly deported by Israeli occupation authorities to France after withdrawing his Jerusalemite identity in a flagrant violation of international law, AlQastal News reported.

The toll of Palestinians banished by the Israeli occupation from the occuiped Jerusalem and Al-Aqsa Mousqr increased to 24 in 2022.

During the reporting period, Israeli occupation settlers deliberately killed 2 Palestinian siblings in occupied Jerusalem, according to the Date collected by Days Of Palestine.

On the 17th of December, a colonial Israeli settler deliberately run over the two Palestinain siblings Muhannad and Mohammed Mutair while they were preparing for their sister’s wedding.

The toll of Palestinians killed by the Israeli occupation forces and settlers in the occuiped Jerusalem rose to 18 in 2022.