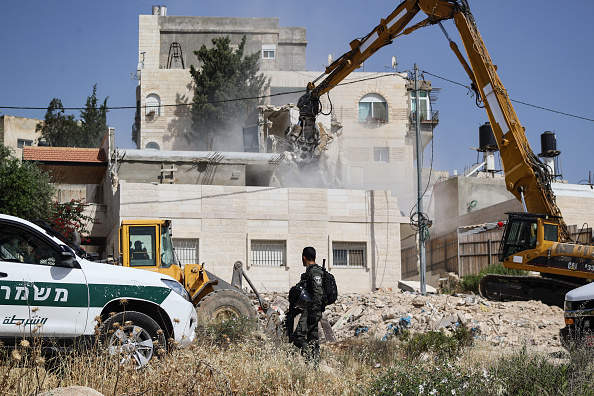 IOF escorted a bulldozer to the neighborhood, where they cordoned off a residential room belonging to Khader family, before the heavy machinery tore it down, turning it to rubble.

Khader family built the room on its own land as a means of safeguard against settlers’ attempts to take it over.

It’s noteworthy that an Israeli occupation court had turned down an appeal submitted by the family against the demolition of their five houses in August 2022 and eventually forced the family to self-demolish them.

Using the pretext of illegal building, Israel demolishes houses on a regular basis to restrict Palestinian expansion in the occupied Jerusalem.

Meanwhile, the Israeli municipality builds tens of thousands of housing units in illegal settlements in East Jerusalem for settlers with a goal to offset the demographic balance in favor of settlers in the occupied city.

It’s noteworthy that these provocative acts come amid the escalating atmosphere, especially after the formation of the new Israeli Government.

Daily violations against Palestinian citizens, deliberate detentions, house demolitions and mandatory deportation policy are doubled and multiplied in a way to suffocate and complicate Palestinian lives.