Thousands of Israelis to Rally Against Israeli Government, Judicial Overhaul on Saturday 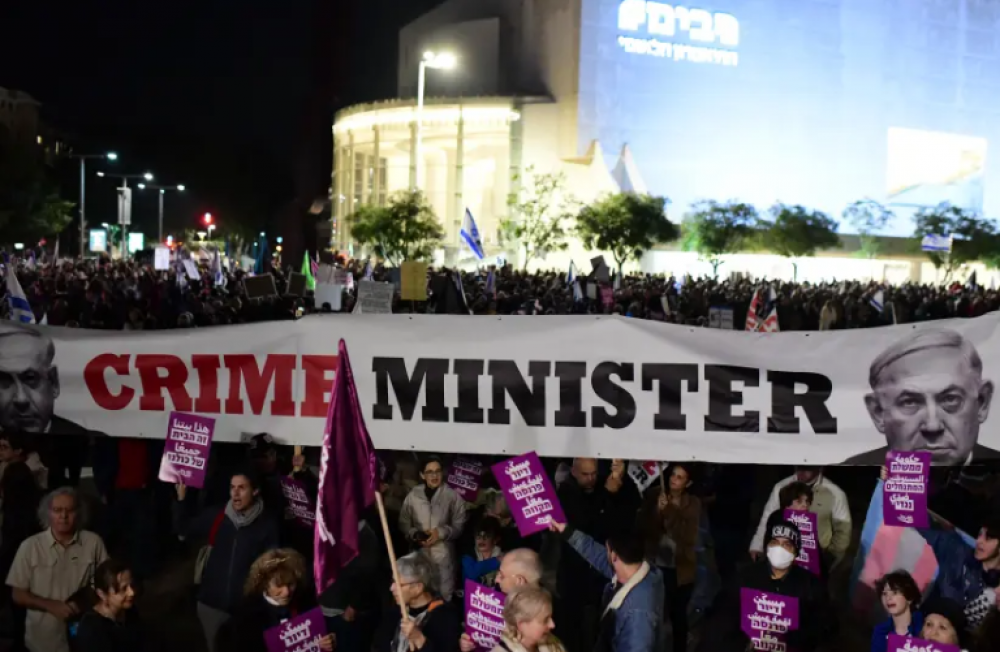 Israeli Protests against the Israeli fa government‘s proposed changes to the legal system and other policies are slated for Saturday night in Tel Aviv and other towns, with an estimated tens of thousands of people taking part.

Protests are planned for several occupied cities including Haifa, Jerusalem, and Be’er Alsaba’a (Be’er Sheva,) but the main one will take place in Tel Aviv near the Israeli government complex on Kaplan Street. As different protest leaders are not in agreement, another demonstration will be held in Tel Aviv at Habima Square.

The Movement for Quality Government in Israel is organizing the demonstration at Habima Square, while other groups are setting up a demonstration on Kaplan Street. This relocation was made in response to a plea from the Israeli police to reduce the number of people in order to avoid potential attacks. Protestors will be able to congregate along the stretch of road from the Azrieli Junction to Ibn Gabirol Street.

A stage will be built for presenters close to Azrieli Junction, and enormous screens will be set up along Kaplan Street. Planners are organizing a roundabout march, from Kaplan to Menachem Begin Road, and Sha‘ul HaMelech Boulevard and back to Kaplan. Other associations are arranging other marches during the demonstration.

The Movement for Quality Government announced that it would be organizing its own demonstration as they anticipate a larger turnout than last week. However, Moshe Ya‘alon and Asaf Agmon, who are both leaders of another organization that collaborated with the movement in the past, publicly called for them to join the demonstration led by Kaplan this time.