Holiday in Gaza? More expensive than in Egypt or Turkey 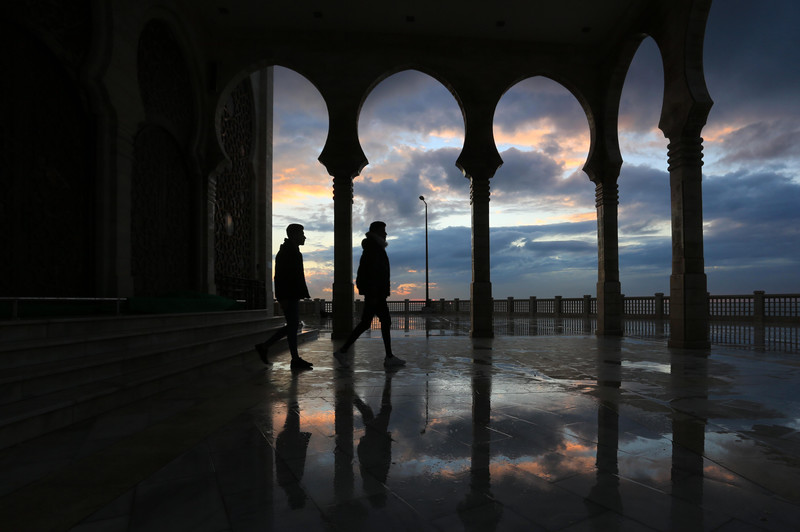 For two million Palestinians in Gaza, there is precious little respite.

Under constant threat of Israeli violence and locked in by a draconian blockade that has undermined any possibility of a better economy and caused poverty rates to soar, the COVID-19 pandemic has simply added insult to injury.

Gaza’s one small redemption is its 45 kilometer Mediterranean coastline, the shimmering sea and the sandy beaches.

Of course, with materials and equipment for fixing Gaza’s defunct sewage system barred from entry by Israel, and the sewage treatment plant idle for most hours of the day due to electricity cuts, much of the effluent flows straight and untreated into the sea.

So polluted have the waters off the coast become that only a few stretches on Gaza’s coast is fit for swimming.

Nevertheless, if it is a swim in the cleaner areas, usually in resorts, or simply to enjoy the corniche, Gaza’s population takes full advantage of the area.

Indeed, with travel out of Gaza near-impossible due to Israeli restrictions, Egyptian red tape or, now, coronavirus considerations, an entire domestic tourism industry has sprung up.

However, with demand for such domestic facilities outstripping supply, prices have risen out of reach for most people in Gaza, even becoming more expensive than holidays in Sharm al-Sheikh, the Egyptian Red Sea resort.

According to Ibrahim Khaled, the owner of Naseem App – a booking service app for holiday facilities across the Gaza Strip – some resorts charge $800 per day for a place with a couple of rooms, several beds, a patch of grass and a swimming pool.

Most providers also offer half days for $400.

Gaza’s limited number of hotels have also raised their prices.

Now, even the cheapest deals are expensive for Gaza’s residents. For example, a four-star hotel in the west of Gaza City by the coast offered a room with breakfast and internet access for $85 a night, far too much for a region in which the average salary is just over $200 a month.

Many have been making fun of prices easily bettered by hotels of the same standards outside Gaza.

Khaled told The Electronic Intifada that for the same price of a two night stay in Gaza’s overpriced sector, Palestinians in the occupied West Bank are offered four nights in Egypt or Turkey, including travel costs.

He blamed the high prices on a lack of options and faulty infrastructure in Gaza where the only power station cannot offer electricity for more than a few hours of electricity a day .

“The population in the Gaza Strip is so large and there are not enough places for recreation. People tend to go to resorts that include a small swimming pool, small rooms and a small grass yard,” he said.

“However, resorts have to contend with costly power from generators, the cheapest resort costs $100 for 11 hours and the most expensive can cost as much as $800 per day.”

Abdo Ghoneim, head of Gaza’s hotel and tourism trade association, told The Electronic Intifada that the tourism sector had sustained huge financial losses as a result of the pandemic lockdown and the Israeli military assault on Gaza in May.

Ghoneim says that just as the tourism sector in the Gaza Strip had recovered from the lockdown and quarantine period, a series of Israeli attacks, the continued blockade and restrictions on imports, the financial crises and the general reduction in salaries have all been huge obstacles preventing development.

The sector’s infrastructure will always remain below par, since Israel’s blockade means it is near impossible to import the kind of goods needed to upgrade buildings and resorts.

The industry has also been affected over the longer term by the forced separation of the West Bank and Gaza in 2007 because there has been little domestic tourism since then.

Ghoneim said the tourism sector in Gaza consists of 500 facilities – from restaurants and beachfront cafes to hotels and chalets for hire – employing some 7,000 workers who in turn support more than 35,000 people.

“There are no guarantees or insurance for any of these workers in the sector,” Ghoneim told the Electronic Intifada. “There is no guarantee for any owner either and after a crisis, like Israeli bombings, it can take months to get back to normal.”

Generators provide up to half of the daily power needs of tourism facilities because of the lack of 24-hour power generation by Gaza’s only power station. Not only do they demand costly fuel, their maintenance is difficult because spare parts, equipment and new machines are either very expensive or simply unavailable due to Israeli restrictions on imports.

In addition, costs spike because of taxes.

In all, he said, there are three types of taxes on imports. The taxes are paid to Israel, the Palestinian Authority and the Hamas-led administration within Gaza.

Muhammad al-Jayar runs a resort and cafe on the seashore in al-Sudaniyeh, an area in the northern Gaza Strip. He argued that the price difference between Gaza and neighboring countries was logical in view of the challenges Gaza’s tourism sector faces.

“Due to the Israeli blockade, several factors have made tourism difficult, especially the high prices. We need to run the generators for at least ten hours. That is expensive, it affects salaries and our operational capacity,” al-Jayar told The Electronic Intifada.

“This is too expensive for some. But others just want to have fun,” he added.

Samir Nabhan has three chalets near the center of Gaza City, all built on his own land.

Holiday chalets – typically small villas with a couple of rooms for resting, a pool and some grassy playground – are the most popular local tourist destination for Gaza’s residents, he told The Electronic Intifada, but are also very expensive to operate in the light of high fuel prices and the lack of electricity.

“Yes, high prices are a problem,” Nabhan conceded. “But who will compensate the tourism sector when the crossings are closed and prices of spare parts, materials and equipment for swimming pools and lighting and so on can reach more than 400 percent of their original price?”

For now, he said, with no control over borders, no predictability for travelers and for as long as Israel’s draconian restrictions continue, there is little hope that costs can come down.

“Prices will never improve unless the political situation here is resolved.”

In order to afford the price of rentals, locals are banding together in large groups in order to spread the costs.

“We bring together a group of eight to 15 people, youths or families. It does not matter if the price is high, the most important thing is that we have fun and enjoy the gathering,” Sayed al-Jabali, 34, a car mechanic, told The Electronic Intifada.

However, even then, for many, this is too much. With a poverty rate at over 50 percent thoughts of renting chalets or hotel rooms, however many band together, is simply not an option.

Muhammad Abu Habel, 42, a government employee, takes home just $380 a month. He simply cannot, he told The Electronic Intifada, afford to take his children to restaurants or resorts.

“We all want to spend a good quality time in resorts and chalets. Unfortunately, I cannot afford it,” Abu Habel said.

“Everything in Gaza is too expensive. At least I have a salary. Other families cannot even put food on the table.”

Ola Mousa is an artist and writer from Gaza.