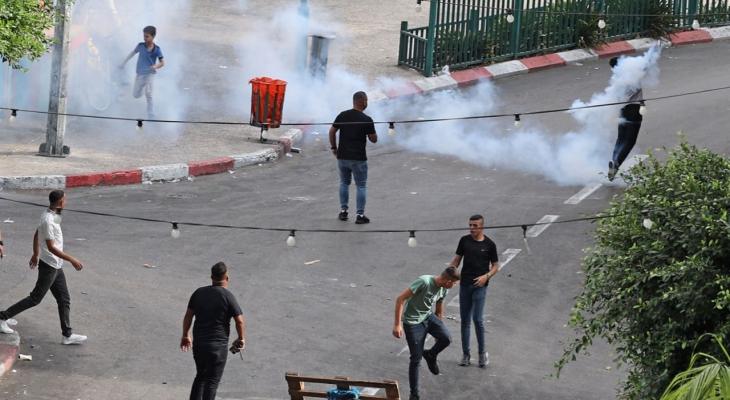 According to the Palestinian Red Crescent, one Palestinian was injured by live bullets, 10 got burns on the hand, and 50 others suffered inhalation as Israeli occupation forces attacked protesters near Al-Quds University in Abu Dis town, east of occupied Jerusalem.

In addition, Israeli occupation forces set fire to at least 40 trees after targeting them with tear gas canisters in the vicinity of Al Quds University in occupied Jerusalem.

Meanwhile, a Palestinian young man was injured on Saturday by Israeli live bullets during confrontations that broke out at the northern entrance of the West Bank city of al-Bireh.

The sources added that tens of students marched at the northern entrance of al-Bireh city to mourn their 20-year-old colleague Amer Halabeyyeh who was killed by the Israeli gunfire on Thursday.