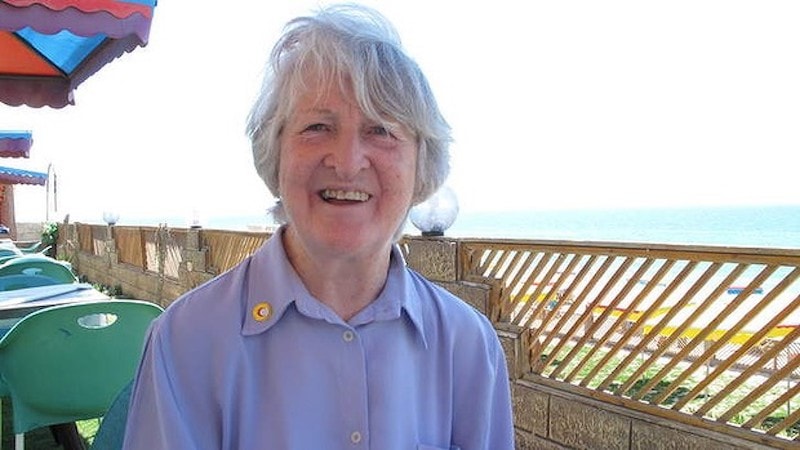 Palestinians in Gaza on Tuesday mourned the death of Jean Calder, rehabilitation specialist and humanitarian worker who spent more than 25 years working in refugee camps and with disabled people in Gaza.

The Government Information Office in its statement announced that Jean Calder died in the town of Khan Younis in southern Gaza at the age of 89.

According to the statement, Doctor Calder was “an icon of humanitarian work in support of the Palestinian issue”.

“Calder insisted on staying in Gaza to pursue her humanitarian mission,” the statement adds.

“She devoted her life to serving the Palestinian people through her medical work.”

The Australian doctor began her efforts to provide assistance to Palestinian refugees in 1981 as a volunteer for the Palestinian Red Crescent Association in Lebanon. There, she created a rehabilitation and physical therapy ward at Haifa Hospital in the Borj El-Brajneh refugee camp to serve disabled people.

She also volunteered as a doctor at field hospitals in Lebanon during the Israeli war in the country in 1982.

That same year, Calder moved to Egypt, where he founded another rehabilitation centre for Palestinians in the country.

In 1997, the Australian doctor moved to Gaza, where she founded the University College of Skills Development, under the supervision of the Red Crescent Association, where she worked as a volunteer until a few years before her death.

The Gaza Strip, populated by 2.3 million, has been under a long Israeli blockade since 2007, which has an unexplained negative impact on the livelihoods of residents of the coastal enclave.