The book shortage in Gaza no one is talking about 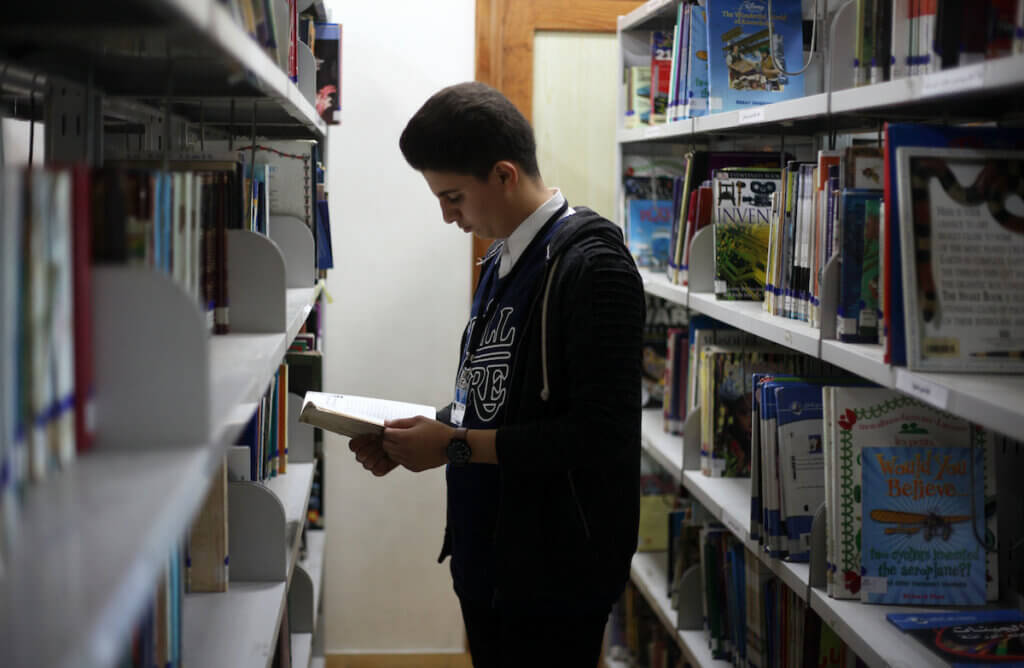 In Gaza, Palestinian authors don’t get to read the books they write. As for the readers, they would do well to become practiced in the art of re-reading what they already have. Palestinian bookshop owners? Hardly a lucrative occupation. I spoke to one such owner about the dramatic rise in Israeli restrictions on international mail delivery to Gaza. “Only ten books may arrive in the entire city every 2-3 months,” he told me.

“My livelihood has been collapsing because of these cruel and restrictive policies. My income is not what you might think of a bookshop owner.”

Since my early adulthood, I have been passionate about reading and writing. But I spend more time waiting for books to arrive from the outside world than I do actually reading them–which is always a short-lived affair.

As a Palestinian writer living in Gaza City, I’ve tried to use my pen to give voice to my people as they endure a merciless military siege imposed upon them by a settler-colonial regime geared towards uprooting indigenous Palestinians from their land and erasing their identity. And while the more glaring inhumanities of the blockade have been well documented, the daily absurdities of living under Israel’s security regime is often overlooked. The simple act of ordering a few books entails a tortuous procedure worthy of Kafka.

Rana Shubair, a Palestinian author and novelist living in Gaza City, decided to order a few copies of her first ever published book. “I knew I was taking a risk,” she remarks seriously, “but I was willing to do it–and to my surprise, the shipment arrived! I celebrated so much that day.”

But things didn’t always go so fortuitously for her. Last year, she ordered a number of items from an international brand in Israel. One shipment arrived, but the other went missing. “The thing is, you can never know the reason,” Rana intimates. “The seller would apologize and offer you a refund. But when I once asked the Aramex manager what happened with my other order, he said there’s no consistency in the mail system. Sometimes shipments arrive, sometimes they don’t, and sometimes they arrive late by several months.”

been held in limbo due to false claims of antisemitism. The publisher tried to step in to get the book into Gaza–unsuccessfully.

The book’s subtitle–Palestinians and Jews Confront Zionism–may have been the culprit. It was certainly intriguing enough to motivate the shipping company to send me a diatribe of racist emails. The mere fact that a private international shipping company based in Israel would choose to respond in this way was unprofessional enough, but the contents of the correspondence took me aback.

“You’ve got to stop doing this sh–t,” one email read.

After the initial shock, I tried to interject with a somewhat positive engagement: “Why? It’s just a book!”

Any shipment is accompanied by a string of anxiety and risk, which is why many have turned to e-books in an attempt at self-appeasement—but for many, this has offered little consolation. All this means that Israel has effectively instituted a book ban on an entire population, and the unhappy victims of this draconian policy are the readers and writers.

rity” concerns. Then with the blockade in 2007, goods coming in and out of Gaza were rationed down to the calorie. Exhaustive lists describing what foodstuffs were allowed in verged on the darkly comical.

Hummus, for instance, was allowed into Gaza, while hummus topped with pine nuts was a security threat. For a while, even coffee and tea were banned before eventually being permitted, no doubt for the menacing qualities they shared with other contraband, such as tomato paste and fish preserves, which continued to be restricted for use by international organizations for some time.

When all is said and done, the vagaries of the mailing system in Gaza are one in a long list of restrictions imposed on two million Palestinians fenced off in the Strip. But while this infraction may appear relatively minor, it is part of a far more pernicious Israeli policy of strangulation and starvation.

This starvation is at once material and psychological, depriving Palestinians not only of their means to life, but also launching an assault on their cultural and intellectual existence.