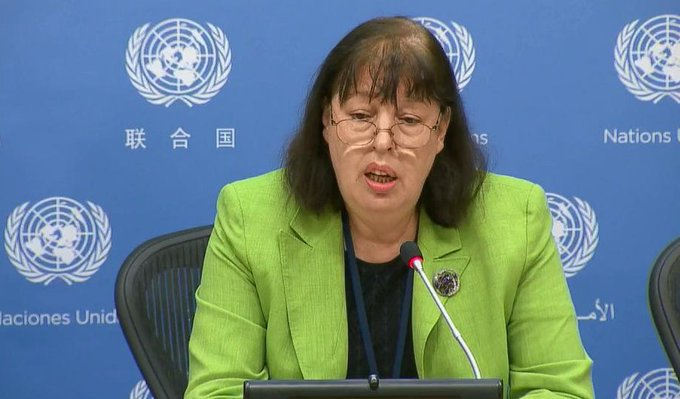 Today, Sunday, the Special Representative of UN Secretary-General for Children and Armed Conflict, Virginia Gamba, begins a visit to the occupation and the West Bank, with the aim of examining evidence of targeting children during the Israeli occupation military operations, and transferring its findings to the United Nations. Gamba will check the possibility of including “Israel” on the blacklist of countries that target children.

The Hebrew newspaper “Haaretz” quoted Israeli sources familiar with the details of Gamba’s visit as saying that the UN official is expected to investigate incidents in which individuals not involved in combat operations were targeted.

Gamba had warned “Israel” in a previous report that if it did not change its practices towards Palestinian children, she would study the possibility of including the occupation into the blacklist of countries that target children in a report next year.

The “Ynet” website stated that the occupation state of Israel takes Gamba’s visit seriously and attaches great importance to the subject, and will claim before it that “Israel” operates under international law and should not be included in the blacklist. In this context, the occupation delegates intend to present reports and video clips.

Gamba’s visit comes against the backdrop of complaints submitted by the Palestinian Authority to the United Nations about the death of a large number of children by the occupation forces’ fire during the current year, and called for the inclusion of “Israel” in the blacklist of countries that target children.

And previous reports of the United Nations strongly condemned the targeting of “Israel” to Palestinian children, as it was accused of targeting the teaching process and Palestinian educational institutions.

The previous report came in the aftermath of the Israeli aggression on the Gaza Strip, in May of last year, during which a large number of children were killed.