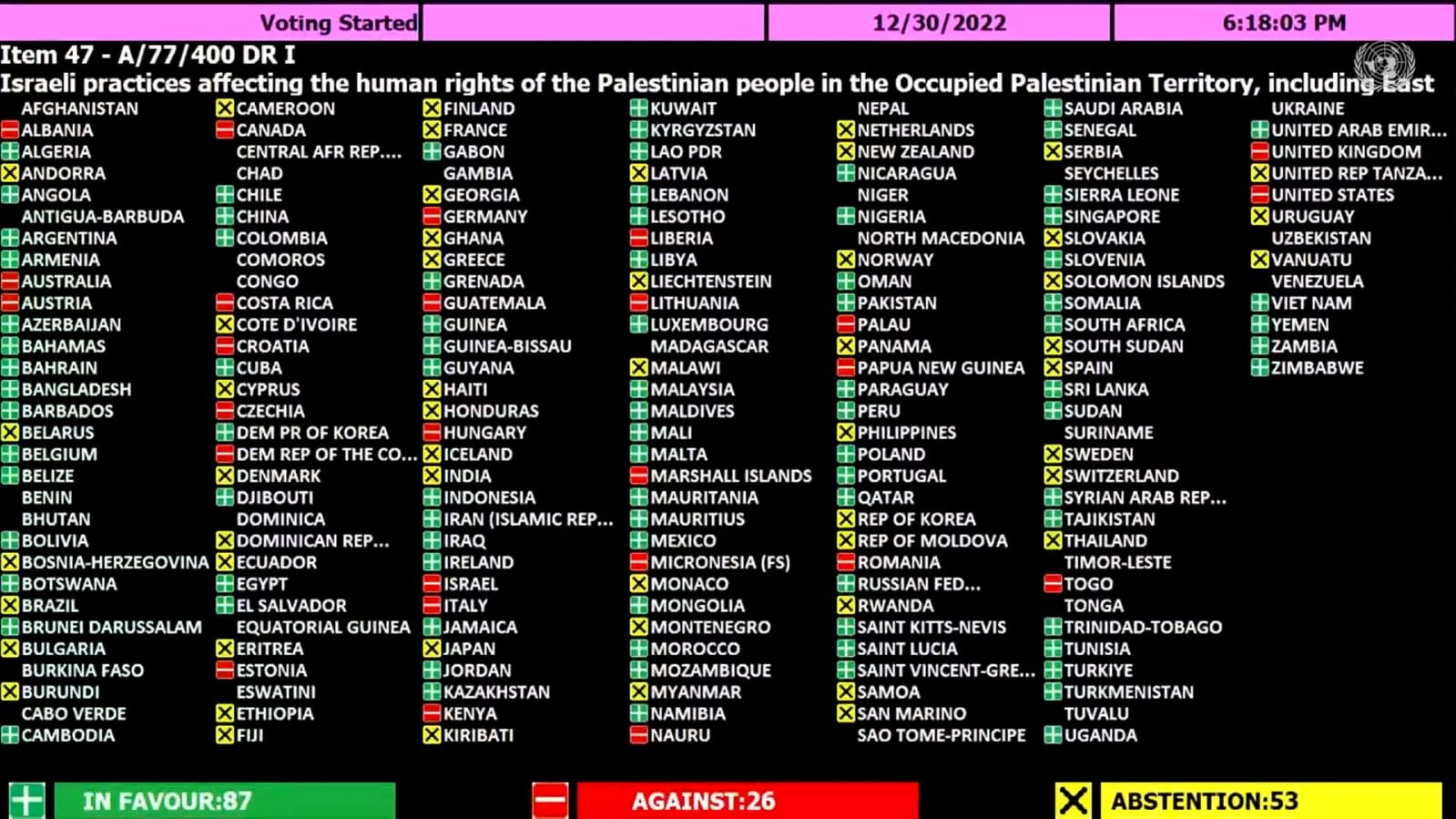 The United Nations General Assembly adopted by the majority Saturday, 31 December the draft resolution on Israeli practices that affect the human rights of the Palestinian people in the Occupied Palestinian Territory, including Jerusalem.

Despite the political pressures exerted by the Israeli occupation and some of its allies countries, 87 countries voted in favor of this resolution, 26 countries opposed it, and 53 countries abstained.

By adopting this resolution UN General Assembly by an overwhelming majority referred the request to the International Court of Justice to provide a legal statement on the legal implications resulting from Israel’s continued violation of the right to self-determination of the Palestinian people.

It should be noted that Israeli occupation has failed in all its attempts to prevent the adoption of this important decision, including through its request to vote on the program budget resulting from referring the request to the International Court of Justice, during the meeting of the Fifth Committee of the United Nations.

He also thanked the delegations that supported the draft resolution, noting that the United Nations requested, with this vote, a legal statement from the International Court of Justice (ICC) regarding the violation of the right of the Palestinian people to self-determination, occupation, settlement, and annexation, which comes one day after the formation of the new Israeli government, which is at the top of its agenda is settlement expansion.

He added, “We are confident that you will support the ICC legal statement when it is issued if you believe in international legitimacy and international law.”