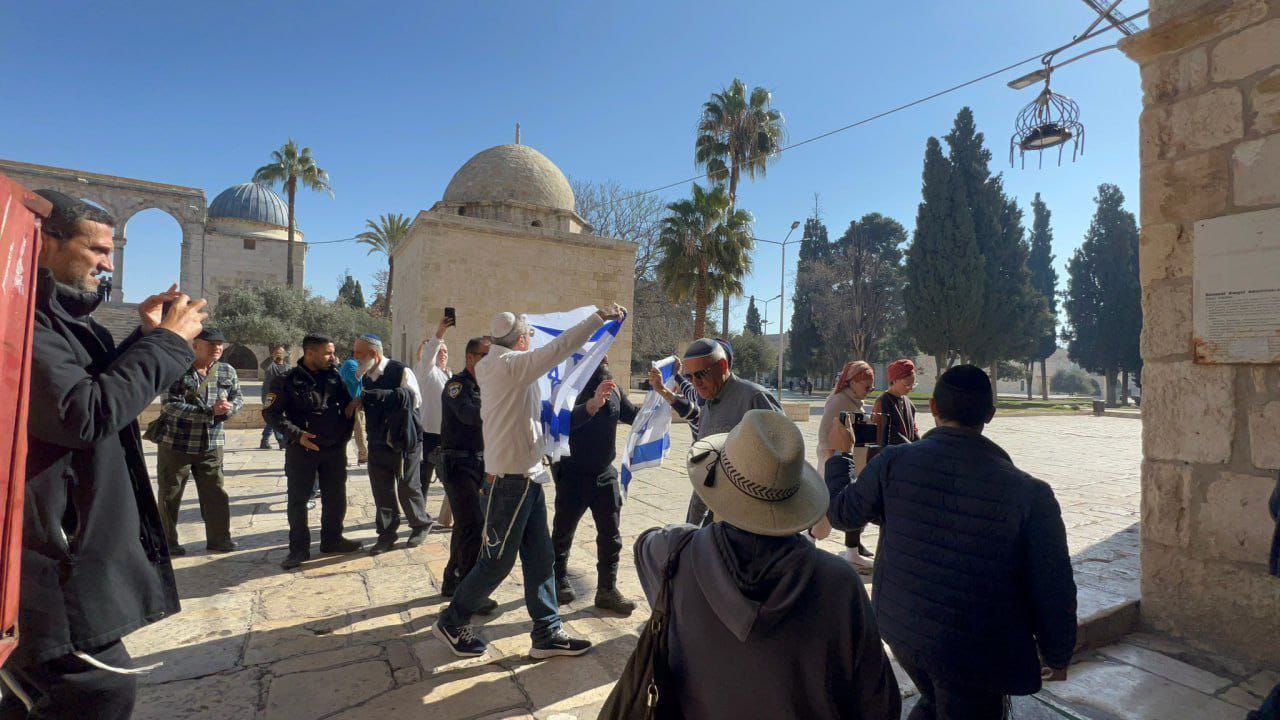 Dozens of Israeli settlers invaded the courtyards of Al-Aqsa Mosque via its Al-Mughrabi Gate under the protection of Israeli occupation forces on Tuesday morning, January 23, 2023.

Local sources said that successive groups of Israeli settlers stormed Al-Aqsa Mosque, from the Mughrabi Gate side, and carried out provocative tours in its courtyards. As well, they  performed Talmudic rituals on the eastern side and in front of the Dome of the Rock before leaving.

The sources added that a number of Israeli officers stormed the Al-Qibli prayer hall in Al-Aqsa Mosque.

As for Palestinians, the Israeli occupation imposed restrictions on their entry to the mosque.

The occupation usually set up checkpoints and barriers at the entrances to the mosque and check the Palestinian’s personal identities, and detain some of them.

However, Israeli colonial settlers repeatedly violate Islamic and Christian symbols as a deliberate attempt to Judaize the occupied Jerusalem.