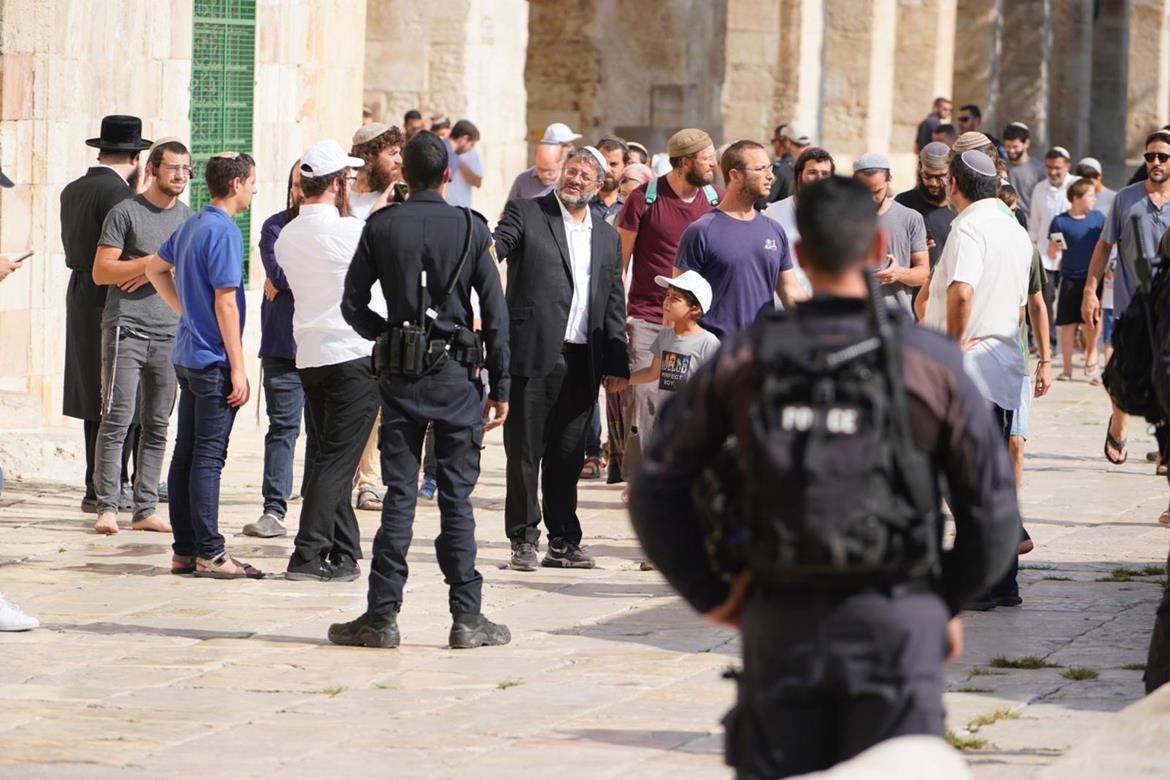 Scores of Israeli settlers guarded by Israeli  forces stormed Sunday, December 18, 2022 the courtyards of the Al-Aqsa Mosque in occupied Jerusalem under the pretext of celebrating Hanukkah holiday.

The Israeli occupation authorities imposed strict restrictions on the presence of Muslims in the holy site coinciding with the incursions by Israeli settlers.

Jewish Israeli fanatic groups have been calling on their followers to storm the Al-Aqsa Mosque with the start of the Jewish Hanukah holiday.

These groups began last week to prepare for these incursions and promote them through large-scale advertising campaigns in which they explicitly call for the entry and lighting of the menorah inside Al-Aqsa Mosque.

The Committee emphasized that the extremist groups are trying to exploit the political climate in Israel and the fascist tendencies of the next Israeli government to devote their programs to changing the decades-long status quo and force new rules that enable them to officially perform open Jewish rituals and advance plans to divide Al-Aqsa Mosque between Muslims and Jews.