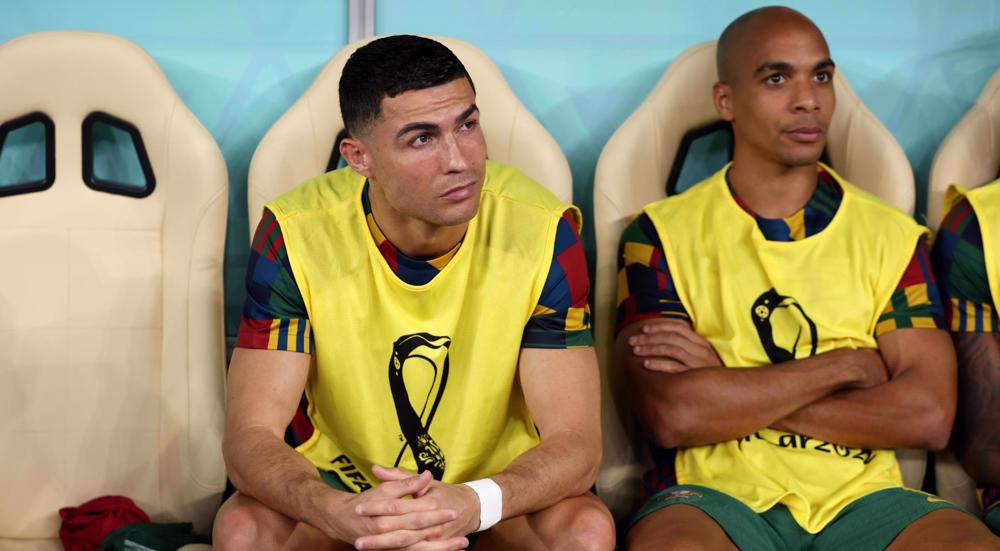 Turkey’s President Recep Tayyip Erdogan says Portuguese football star Cristiano Ronaldo was subjected to a “political ban” during the recently-concluded 2022 FIFA World Cup in Qatar over his support for Palestine.

Speaking at an event with youth in the country’s eastern Erzurum province on Sunday, the Turkish president said Ronaldo was “wasted” at the World Cup.

“They have wasted Ronaldo. Unfortunately, they have imposed a political ban on him. Sending a footballer like Ronaldo to the pitch with just 30 minutes remaining in the match ruined his psychology and took away his energy,” Erdogan said.

“Ronaldo is someone who stands for the Palestinian cause,” he hastened to add, comparing the Portuguese footballer to Argentina’s Lionel Messi.

The star striker was called in as a substitute in Portugal’s World Cup 2022 quarter-final against Morocco and arrived at the pitch in the second half, much to the chagrin of Portuguese football fans.

Ronaldo, the first male international footballer to score at five World Cups, was seen leaving the field in tears after his team was eliminated by Morocco.

He had been dropped from the starting lineup for Portugal’s match against Switzerland in the World Cup’s round of 16, making an appearance as a substitute.

The former Manchester United and Real Madrid footballer is known for his support of Palestine.