There's no childhood in occupied Palestine

Decades of occupation, unrest and blockade have taken a heavy toll on the children of Palestine and in particular the children of the Gaza Strip, where regular outbreaks of aggression and the deteriorating living conditions have left a generation in desperate need of psychosocial support, and unable to enjoy or experience childhood.

Read More: Is there a way out of the Palestinian election impasse?

Childhood normally means innocence, fun, freedom and love, but in Gaza children speak and understand politics almost from day one.

Thirteen-year-old Ezzeddin Samsoum from Rafah was identified as a "child hero" because of the bravery he showed in rescuing an injured man during the Great March of Return protests last year. Samsoum ran without hesitation and ripped off his own shirt to stop the man bleeding. 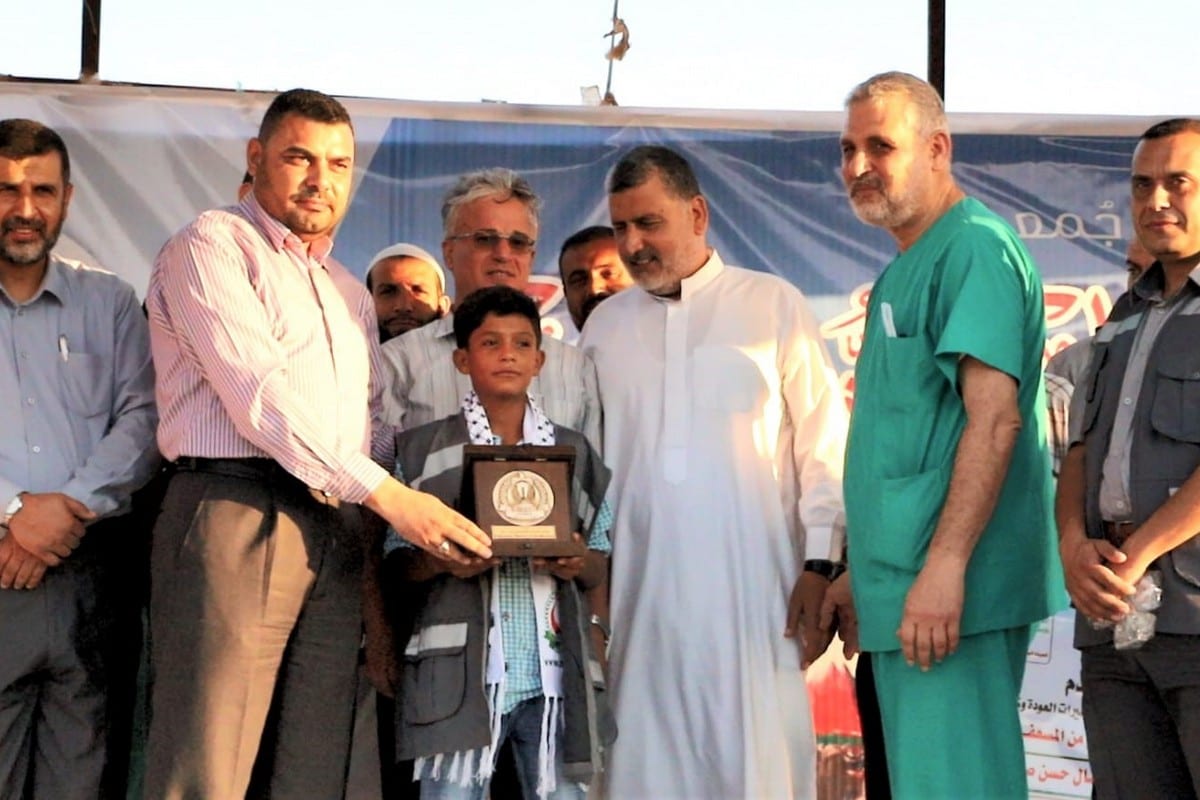 Ezzeddin Samsoum, 13, was recognised as a 'child hero' for his bravery during the Great Return March when he rescued an injured man

"I don't know what childhood means, I always feel responsibility and fear for my loved ones," Samsoum says. "I am a refugee. My grandparents always talk about the beauty of their town, and that the Zionist militia expelled them from there by force."

I survived Israeli aggressions on Gaza since the day I was born. No one has taught me about the situation. Daily Israeli actions against my people teach me very well what it means to live under occupation.

The coronavirus pandemic has exacerbated an already difficult situation which sees children in Gaza living with limited electricity supplies, unable to leave the Strip because of Israel's stifling siege and with the constant sound of bombs and drones buzzing overhead.

The harshness of daily life has left 12-year-old Zahra Zayed with only one topic for her poems. "I have recited poems since a young age. I wish to recite poems about childhood and funny things but have no words left for such topics, due to the occupation's brutality and degradation of my people," she says.

The numerous Israeli strikes on the Gaza Strip have left many of her loved ones injured. For the 12-year-old bombings, murder, injustice, lockdown and deprivation are the topics to cover in her work.

"During the 2014 aggression, I was traumatised. Due to the dangerous situation, we were forced to flee our home to UNRWA schools because we thought it was a safer place to be. But there were no safe places in Gaza. No shelters. Nothing can protect us from the strikes." 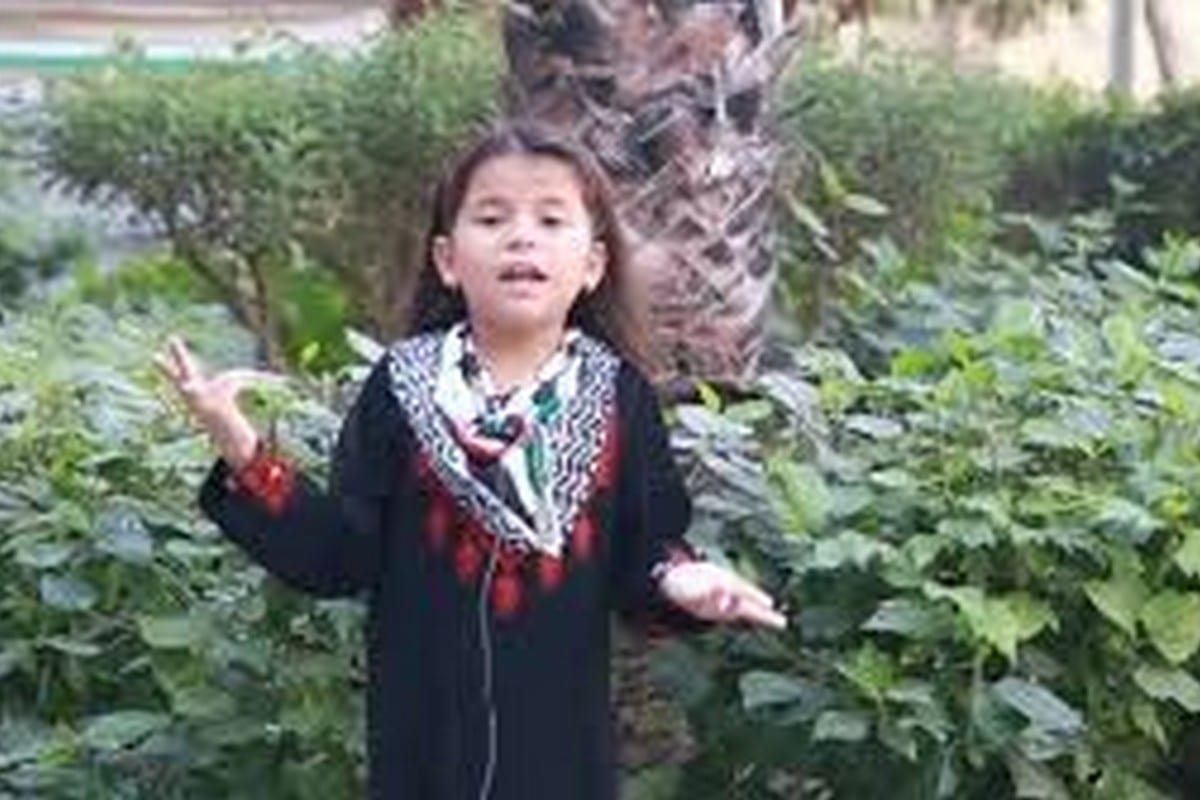 Zahra Zayed reciting a poem about her land

Zahra has participated in several conferences where she recites poems about her longing to return to occupied Palestinian territories.

Since 2000, 3,000 children have been killed by Israeli occupation forces. Some in front of the lenses of international media, including 11-year-old Muhammad Al-Durrah.

In addition to the brutality and constant threat of war which Palestinian children live under, those in the occupied West Bank and East Jerusalem are frequently detained from their homes in the middle of the night and put on trial in military courts where many of the procedures are held in Hebrew, a language they do not speak.

Thirteen-year-old Ashraf Adwan from Eizariya village in occupied Jerusalem was sentenced to three years in prison by an Israeli military court and handed a fine of 5,000 shekels ($1,461). Israeli authority claim he was trying to stab several armed soldiers.

Denying the accusations, Ashraf's mother says: "He is so kind and so helpful, he never acts violently against anyone, but we are regularly subjected to humiliation and oppressing by the Israeli occupation."

"Before he was sentenced, he served a year in prison but I was banned from visiting him, so I took advantage of attending his court sessions to see him," she adds. 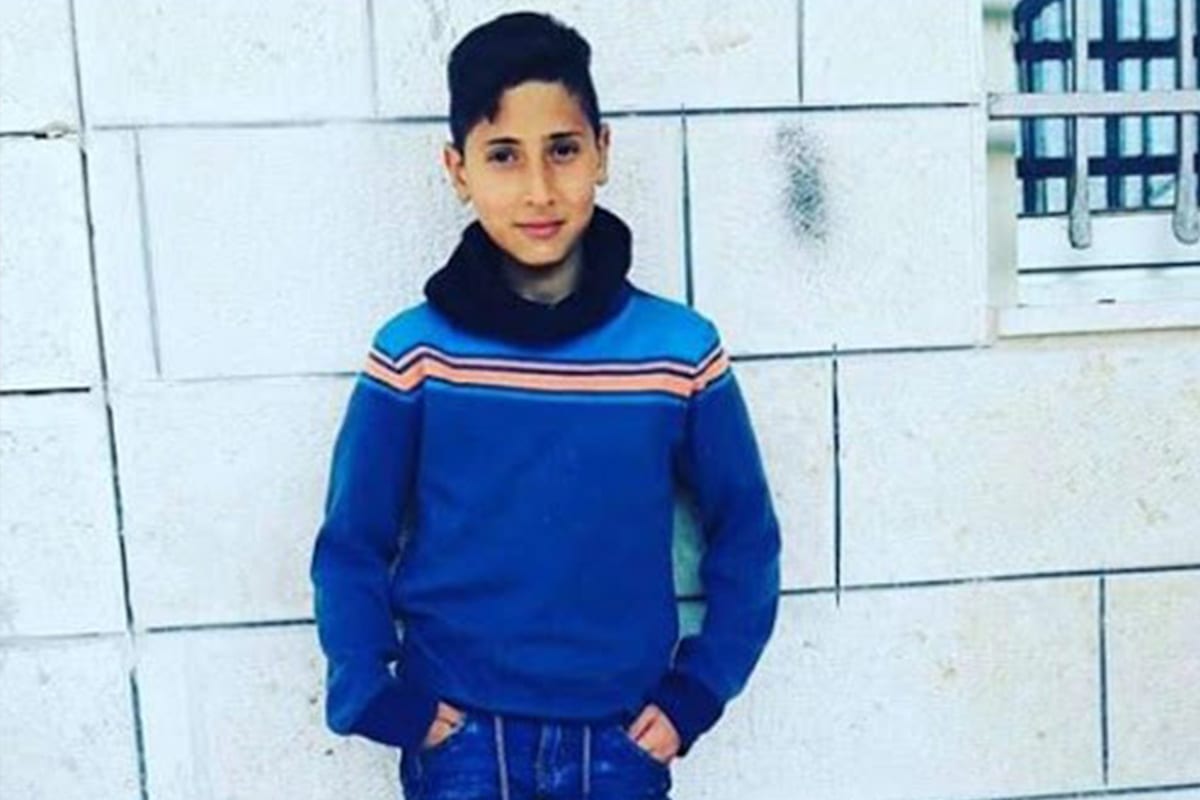 Ashraf Adwan, before being jailed

According to Defense for Children International – Palestine, 250 Palestinian children were held in Israeli prisons through to August, based on data from the Israeli Prison Authority.

The DCIP confirms that "Israel is the only one in the world that arrests children and tries them in military courts."

Some 500 to 700 Palestinian children are arrested and tried by Israeli military courts every year.

Since the outbreak of the Second Intifada in September 2000, occupation forces have arrested nearly 10,000 Palestinian children. Many are now over the age of 18 and remain in Israeli custody.

Such practices are flagrant violations of the internationally determined Convention on the Rights of the Child that Israel signed and ratified since 1991, as well as the Universal Declaration of Human Rights.

The policy of impunity that Israeli soldiers enjoy domestically, knowing they will not be held accountable for violations, encourages them to continue and escalate their aggression on Palestinian children.

The number of Palestinian children under the age of 12 who are being detained by occupation forces witnessed a rise last year, with 84 held between the ages of three and 12.

Those incarcerated included Nader Hijazi, from Balata camp in Nablus, who was only three years old at the time of his detention; seven-year-old Muhammad Mazen Shweiki from Jerusalem; and seven-year-old Zain Ashraf Idris who was taken from his school after occupation forces stormed it in Hebron.

The occupation also continues to summon minors for investigation under the guise that they were throwing stones, they include four-year-old Muhammad Rabi' Elayyan and the six-year-old Qais Firas Obaid, both from the occupied East Jerusalem neighbourhood of Issawiya.

As the world marks International Children's Day, several human rights organisations and schools in occupied Palestine will use the day to promote unity and togetherness. What Palestinian children need is stability and the ability to live without fear of war, arrest, dispossession or homelessness. Every child has a right to a childhood.

Your support helps protect the Days of Palestine’s independence and it means we can keep delivering quality journalism that’s open for everyone around the world. Every contribution, however big or small, is so valuable for our future.

Jordan condemns Israeli attacks on the citizens of occupied Jerusalem

Palestine will not be the same after another Aqsa Intifada

The ex-prisoner family, Shahatit: Israel alone is responsible for our son's case

Balfour Declaration at 100: Seeds of Discord

How Britain Destroyed the Palestinian Homeland

Palestine will not be the same after another Aqsa Intifada