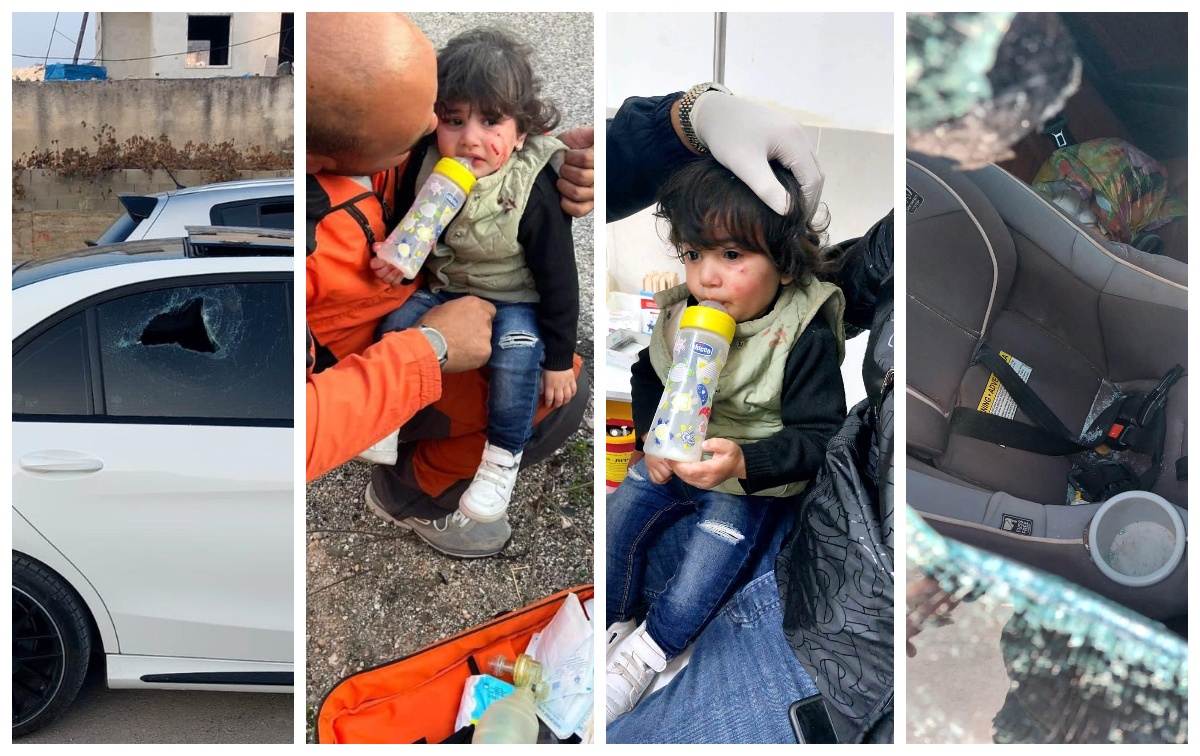 An 18-month-old female Palestinian infant suffered injuries and was terrified Friday evening, December 23, 2022 in an attack by Israeli settler vandals on her family’s car in the village of Usarin, to the south of Nablus in the occupied West Bank, according to local sources.

Witnesses said that a group of Israeli settlers hurled stones at Palestinian vehicles near the village, injuring an 18-month-old infant while she was inside her family’s car along with her parents. Other vehicles sustained damages in the attack.

Acts of violence and vandalism by Israeli settlers against Palestinians and their property are commonplace in the West Bank, and are rarely prosecuted by Israeli authorities.

There are more than 600,000 Israeli settlers illegally occupying portions of the West Bank in violation of international law and established norms prohibiting the relocation of the occupying power’s civil population to the land of the occupied.