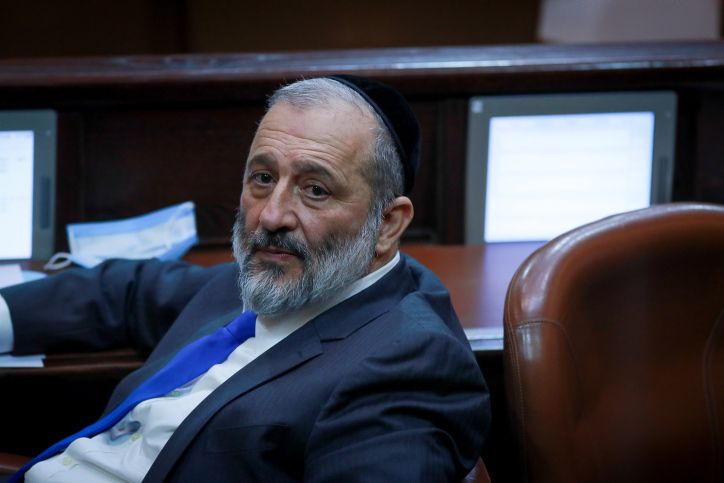 At a cabinet meeting on Sunday, The Israeli Prime Minister Benjamin Netanyahu reluctantly dismissed Arye Dery from his positions as health and interior minister, following a High Court ruling that prevented the ultra–Orthodox leader from keeping these roles.

Netanyahu expressed his regret over the situation by expressing that he did it “with a heavy heart“.

Last Wednesday, the High Court delivered a shocking ruling that prohibited the chair of the Shas party from partaking in the cabinet due to his criminal conviction for tax fraud in the past year and his suspended punishment.

At the cabinet meeting, Netanyahu read a letter expressing his regret about the decision and praised Dery as a “source of experience, intelligence and responsibility.”

The Prime Minister went on to say that despite the High Court ruling disregarding the will of the nation, he is committed to exploring all legal avenues to enable Dery to make a positive contribution to the nation.

Dery asserted that they both agreed to abide by the court‘s ruling, and never had any doubt about it.

It was evident from the outset of the talks that Dery had no intention of retiring from politics. This was reinforced by a High Court representative during a hearing, confirming that his position had been consistent throughout.

Dery declared his unwavering dedication to the 400,000 voters who backed him and Shas, affirming that “no court ruling could stop me from servicing and advocating for them.”

Dery declared his ambition to stay in charge of the Shas movement and to collaborate in coalition meetings to further the government‘s judicial reform, its autonomy, and to preserve the Jewish character of the nation while also aiding underprivileged communities to break out of the poverty cycle.

Yair Lapid, the Yesh Atid leader and former Israeli Prime Minister, noted in his remarks on the cabinet meeting that while Interior Minister Aryeh Dery was dismissed on corruption allegations, members of Religious Zionism were absent in protest of the defense minister, Yoav Galant, taking lawful action in dismantling a West Bank outpost on Friday.

Out of the eleven judges, ten voted against Dery‘s appointment, with only Justice Yosef Elron believing that the selection should be dependent on Chief Justice Solberg‘s decision that Dery had not been charged with a moral offense.

Supreme Court President Esther Hayut declared in her ruling that Dery had been found guilty of criminal activities on three occasions and had neglected to faithfully and lawfully carry out his duties while working in high–ranking public positions.

Hayut stated that Netanyahu should not be able to overlook the numerous violations of corruption laws, and that the presence of Dery as the head of two significant government ministries harms the reputation of the nation‘s justice system and conflicts with ethical standards and laws.

Despite being found guilty, Dery was appointed as Health and Interior Minister by Netanyahu, who set up the right–wing Israeli government in the end of December.

After the High Court‘s decision was reached Wednesday night, Dery stepped out of his Jerusalem residence after consecutive conversations with Netanyahu and other coalition heads, and expressed to journalists that “the public will assess [the verdict] and decide for themselves.”