My freedom ticket out of Gaza 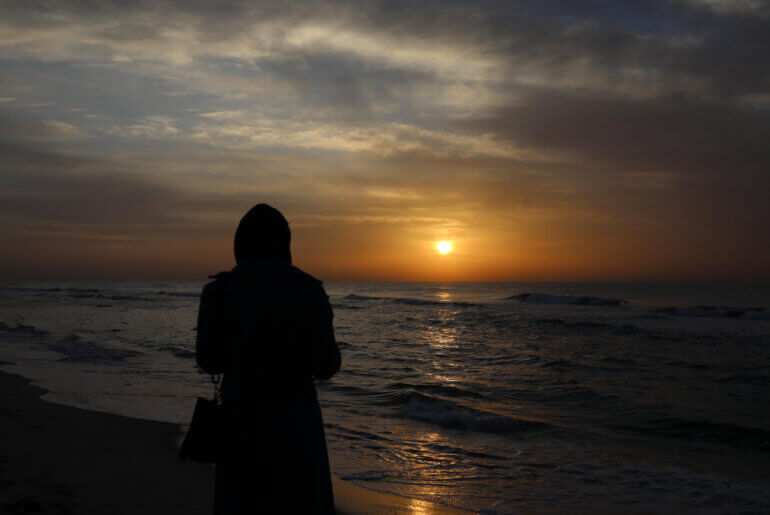 I guess it’s the time that I’ve always feared, but was sure would come.

On the second day of this month, at about 3:30 p.m., I received my acceptance letter to an MA program at Ibn

Haldun University in Istanbul. I was lucky enough to be offered a full scholarship. A mix of feelings was roiling behind my ribs — happiness, excitement, fear, gratitude, relief, and something close to freedom.

It took me some time to take in the words written in the acceptance letter. After an hour, I was ready to share the news with my family. The shock was all over their faces — they didn’t have a clue that I had applied for an MA degree in the first place. They remained speechless for a long while.

How will they let their unmarried daughter travel alone to such a very far country? I was OK with that, because I knew them well and I expected nothing less.

There wasn’t a clear “No” that came out of their lips, but I could see it written on their faces. I decided I would deal with the actual words they said, and leave the faces alone.

“OK. Go on with this. I’ve always encouraged you to pursue your education. Let’s hope for the best,” my father said, after letting the issue “cook” for a few days in his mind.

The second I read my acceptance letter, the light at the end of the tunnel that everyone talks about? I could see it. That acceptance letter meant to me more than just a place at a college at some university somewhere. It meant no more “wars” to witness on repeat, every time like déjà vu. It meant no more airstrikes, no more bombs, no more rockets to worry about hitting me. No more reliving moments of pain and despair.

I’m not a coward. I just would like to walk in the streets without the fear of a sudden Israeli attack. I would like to hear the sounds of birds clearly without struggling to isolate the sounds of drones hovering above my head in the sky. I would like to have a boat ride until I found myself in the middle of the sea without stopping after a couple of hundred meters because this is the farthest a boat can reach without being fired at by Israeli warships.

This acceptance letter meant that I finally can see an airport, and that I can see an actual plane that won’t bomb me. I will manage to meet other people than Gazans. For God’s sake, I will travel like a normal human being.

“Being a stranger in a foreign country isn’t something easy,” my mother says, trotting out the Parent in her. “You would be totally alone there. You don’t know anyone.”

It’s not like I’m not aware of all she’s saying, but there is a lot here at stake. Chances like these don’t come that often.

A chance to get out of jail I’ve been trapped in for the past 29 years of my life.

I made up my mind. I’m going through this thing until the end.

Even if it costs me all my savings — which are not that much — to complete the procedures and get to Cairo Airport and get my ticket to Istanbul, it will be worth it.

There’s a saying. “He that keeps his secrets gains his object.” That’s why only seven people knew about this. But now you know, too.

The dreadful things that Gazans face during their journey from the Rafah crossing to Cairo Airport? I’ll worry about those in time. The way Palestinians are treated at airports? I’ll deal with that when I’m at the airport. But I’ll have to worry about my visa application right now, because it’s taking a lot of time. It’s been thirteen days of waiting, and I’m afraid that I will run out of time. I have to be in Turkey before the end of this month to complete my registration.

I hope I can make it.

I’m very thankful for this once-in-a-lifetime opportunity that the people at Ibn Haldun University have given me. I’ll keep you updated. The dream is yet to be realized.