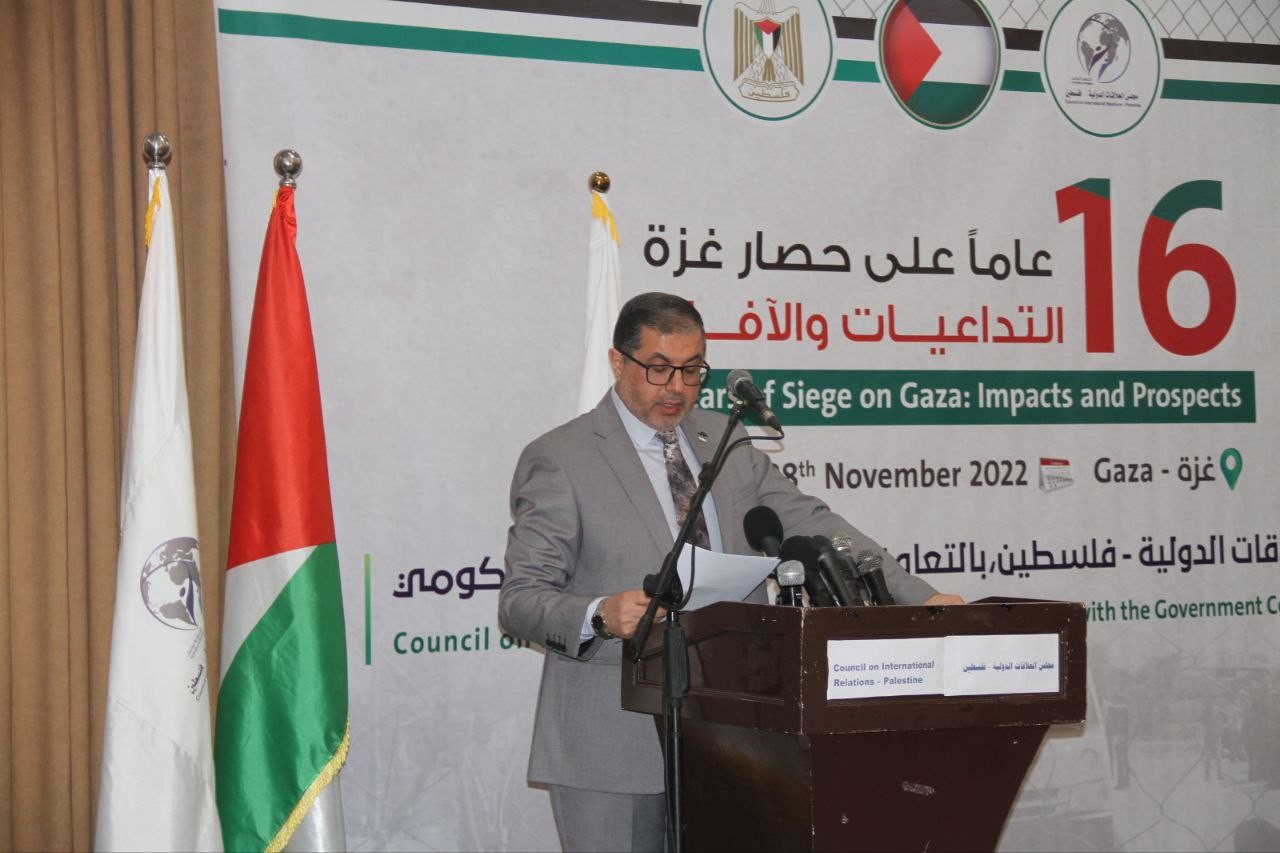 Today, Monday, November 28, 2022, the Palestinian Council on International Relations – Palestine (CIR) holds an international conference in the Gaza Strip, dealing with the Israeli blockade imposed on the Strip, with the participation of international and Arab figures.

You can watch the conference here ..

The council said, in a statement, that “The conference is titled ’16 years of the blockade on Gaza: repercussions and prospects’, and it hosts a group of international figures who played an important role in attempts to break the siege imposed on the Gaza Strip.”

The conference aims, according to the statement, to “shed light on the repercussions of the Israeli blockade imposed on Gaza 16 years ago, on the political, social and economic levels, and seek to activate the international and solidarity movement again against the unjust blockade, and try to raise political positions rejecting the blockade on the Gaza Strip.”

The conference includes 3 sessions, “The first session revolves around the repercussions of the blockade imposed on Gaza, the second deals with the experiences of breaking the blockade, and the third session deals with the future of the imposed blockade.”

The Gaza Strip, where more than two million Palestinians live, suffers from very poor economic and living conditions, as a result of the continuous Israeli blockade on it for 16 years.