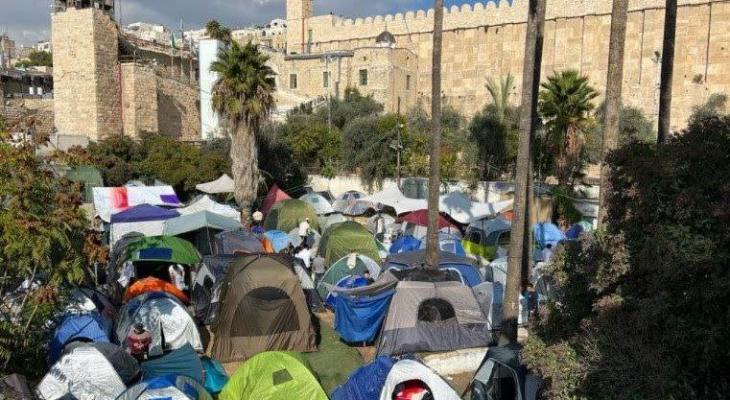 Earlier Friday, Israeli occupation forces deployed in different parts of the Old City of occupied Hebron to pave the way for settlers to invade the Mosque.

In addition, the Israeli forces closed the main entrance and checkpoint in the area, restricting the movement of Palestinian residents.

Meanwhile, Israeli settlers erected several tents in the vicinity of the mosque, including the yards of Al-Rajabi and Al-Jaabari buildings which were transferred to closed military zones.