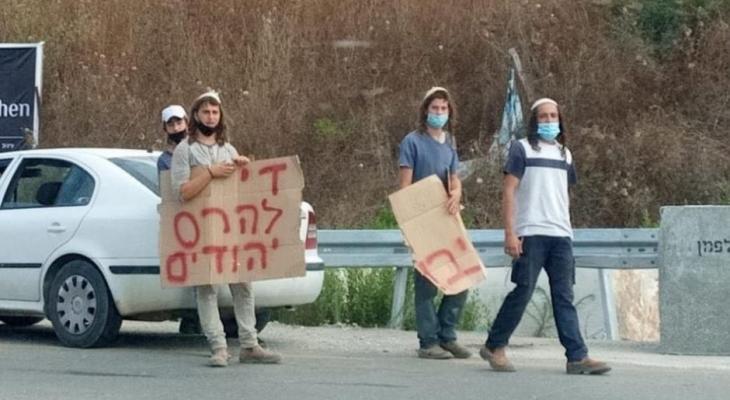 Dozens of Israeli settlers on Wednesday morning, November 23, closed several roads in the southern and western parts of the occupied West Bank city of Nablus.

Local sources reported that tens of Israeli settlers, protected by Israeli forces, closed the Deir Sharaf crossroad, west of Nablus, impeding the movement of Palestinian vehicles between Nablus and Tulkarm.

The sources added that another group of Israeli settlers gathered at Hawara crossroad, west of Nablus, and near Itsahar settlement, south of the city.

In addition, settlers burned a number of rubber tires near the Palestinian Burin Secondary School, according to local sources.

Israeli settlers, protected by Israeli occupation forces, have been escalating violence against Palestinians in the occupied West Bank since the start of 2022, attacking Palestinian families and their properties.