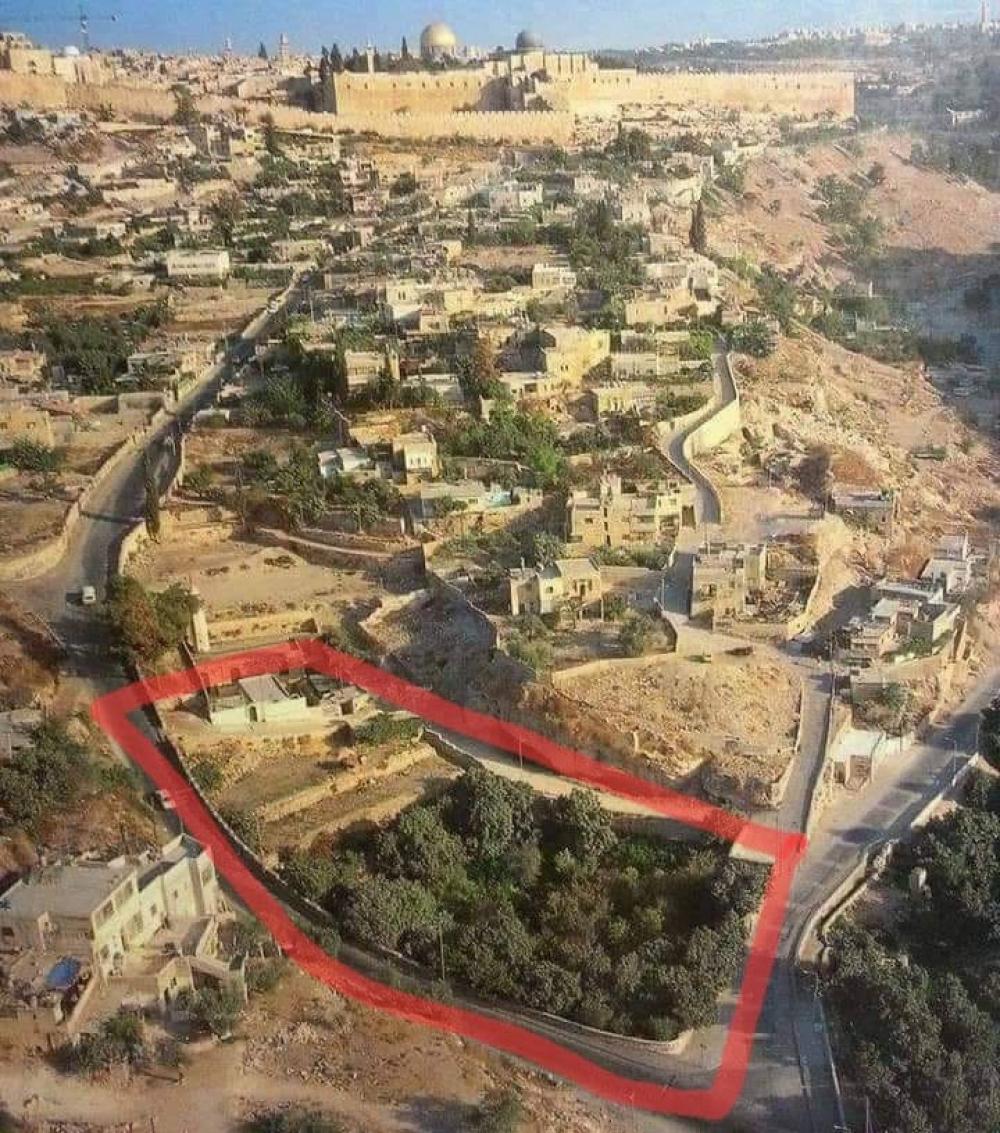 Colonial Israeli settlers backed by Israeli occupation forces seized on Tuesday the “land of Al-Hamra”, in the Wadi Halweh neighborhood of Silwan town of occupied Jerusalem.

Israeli occupation forces surrounded the land from all sides, and the colonial Israeli settlers then proceeded to put an iron fence around it, coinciding with the forces’ aggression against the inhabitants who responded to the seizure.

Researcher Radwan Amr said the people were surprised by the settlers invading the land and putting a fence around it.

He explained that the land was under the control of the Nasrani monastery where there was an old cultivation contract for the Jerusalemites of the Samrin family, and the land issue was still being dealt with in the occupation courts.

Amr pointed out that settlers invaded the land today before the expiration of the court’s extension period, taking advantage of the busy New Year holidays. The land was the most important piece in the town of Silwan from a historical, archaeological and religious point south of the Al-Aqsa Mosque, located below the Wadi Halweh neighborhood, with an area of about five dunums.

The land had been part of the historic Ain Silwan water system, and had originally been two great ponds for the collection of Al-Ain and Al-Aqsa water to serve Jerusalem’s inhabitants.

He noted that “the land and ponds had a strong relationship with the Prophet’s presence in the south of the Al-Aqsa Mosque, specifically with the healing miracles of the Prophet Isa near Ain Silwan.

Amr added that it is “the Yemeni gate of Jerusalem through which the Messenger of God, entered Jerusalem, heading to the Al-Aqsa Mosque on the night of Isra and Mi’raj, and it is linked to the presence of God’s Prophet Job, peace be upon him, at the southern slope of Al-Aqsa.