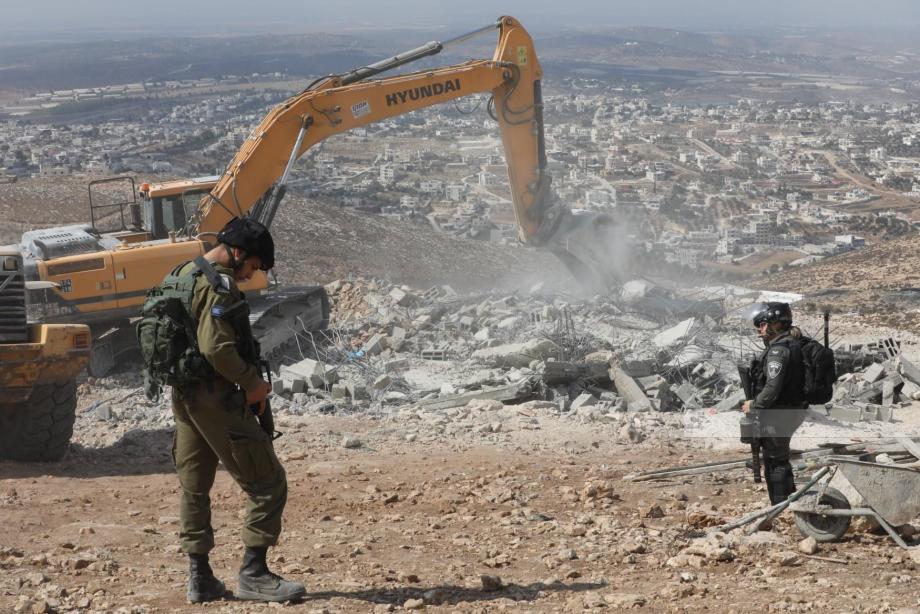 Israeli occupation forces demolished on Thursday a commercial facility and bulldozed a paved road in the village of Deir Sharaf, west of Nablus, in the occupied bank.

Settlement file official Ghassan Dagles reported during press statements that the occupation bulldozers had demolished a seating facility and painted vehicles belonging to a citizen from the town of Sbastiya, on the pretext of not licensing, and had also bulldozed a paved road reaching citizens’ homes west of the village of Deir Sharaf, about 500 meters long.

Israeli occupation forces escalated the demolition and confiscation of property in the West Bank and Jerusalem, as the number of demolished houses reached 43 houses, 17,19 of which were in Jerusalem and Jericho, respectively, in addition to dozens of houses whose residents were notified of demolition. While the number of destroyed properties, including shops, agricultural facilities, barracks, and others, reached 79 establishments, while the number of confiscated properties reached 25 establishments.