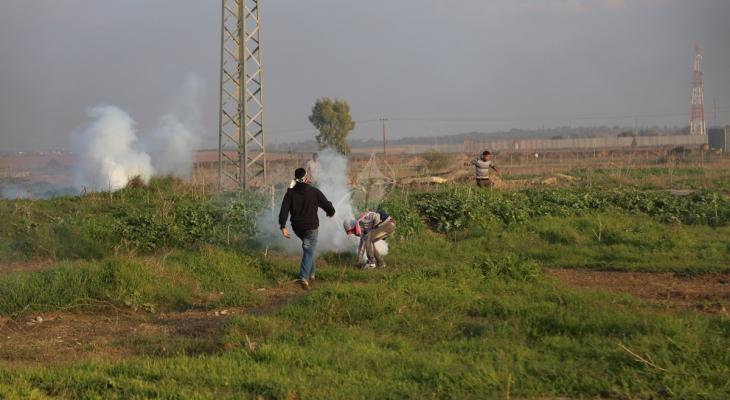 The Israeli occupation forces fired tear gas at Palestinian farmers east of Khan Yunis in the southern Gaza Strip, and targeted fishermen’s boats in the sea of ​​Gaza City on Tuesday, October 18, 2022.

Local Palestinian sources reported that the occupation forces stationed behind the border strip east of Khan Yunis fired tear gas at farmers while they were cultivating their lands east of Khuza’a, east of Khan Yunis, forcing them to leave it and return to their homes, without causing any injuries.

The occupation forces also opened fire toward Palestinian fishermen’s boats, west of the Al-Sudaniah area, north of Gaza City, without any injuries reported to the fishermen who were forced to leave the place.

It is worth noting that the occupation deliberately targets Palestinian farmers in the border agricultural lands in the eastern Gaza Strip, in addition to targeting fishermen in the Gaza Sea and preventing them from practicing their profession.