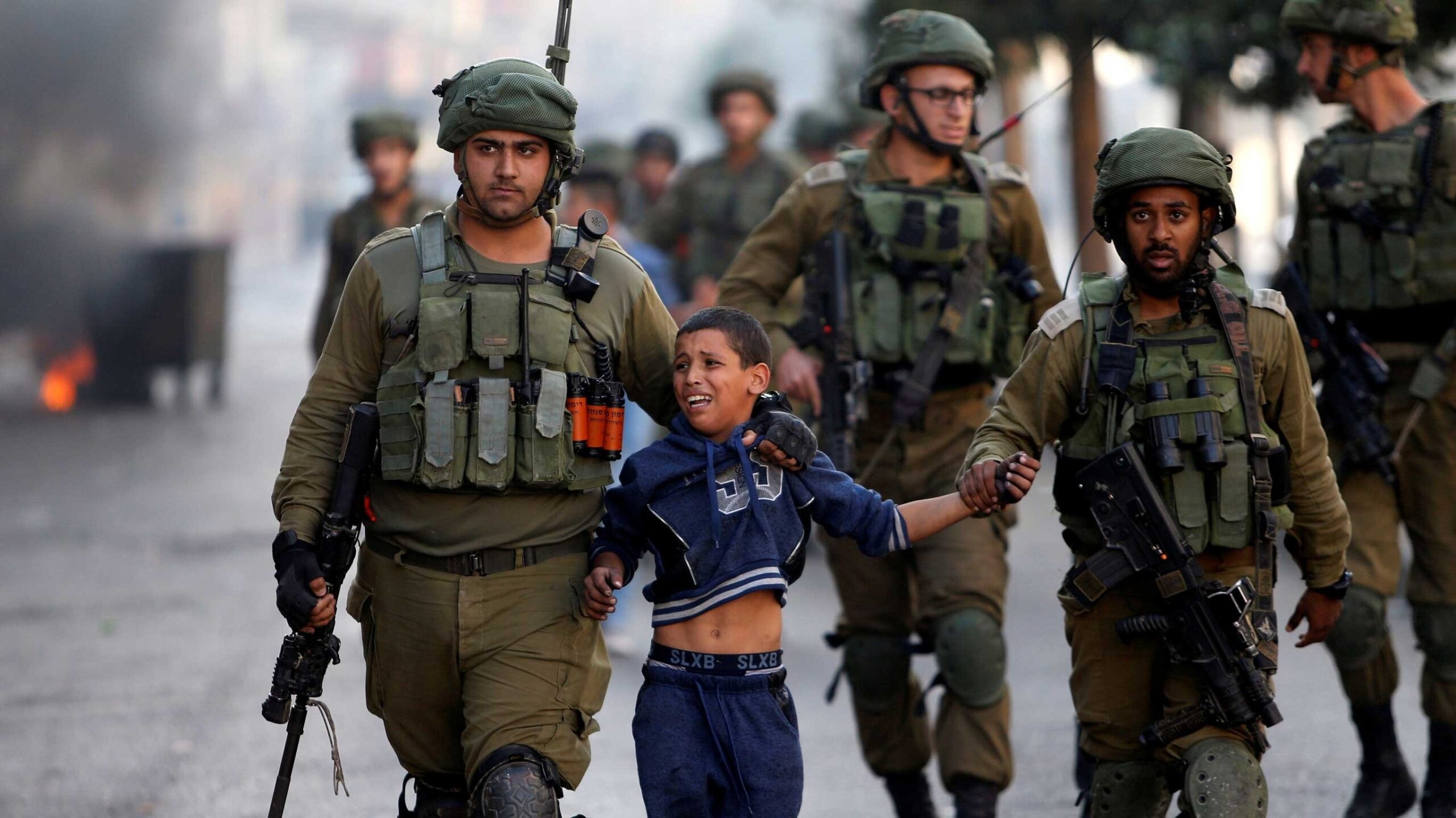 M.S | DOP - 2 November, 2022
The Palestinian Commission of Detainees’ and Ex-Detainees’ Affairs said on Tuesday, November 1, 2022, that three Palestinian minors gave testimony about their exposure to brutal physical abuse and humiliation at the hands of Israeli soldiers during their detention or interrogation.
According to a report released by the Commission, 16-year-old Ahmed Khashan was severely beaten recently after Israeli forces violently stormed his home in Bir al-Basha village, southwest of Jenin.Khashan explained that he suffered a deep wound after a soldier set a dog on him before hauling him to a military jeep, where other soldiers continued to assault him, banged his head against the jeep several times, and dragged him by hair.

After bundling him into the jeep, the Israeli occupation forces drove off to Dotan settlement, where soldiers embarked on abusing and kicking him repeatedly for long hours before they poured cold water over him.

Later, the boy was taken to the Jalamah interrogation center, where he faced painful detention and interrogation conditions for 30 days before he was transferred to Megiddo jail.

A second boy called Karam Obeid, a 17-year-old from Occupied Jerusalem, also reported his exposure to a severe beating at the hands of police officers and interrogators at the Moskobiya detention center in an attempt to force him to make certain confessions, adding that he was interrogated for long hours.

Later, Obeid was transferred to Ofek prison, which is designated as a facility for Israeli criminal prisoners. He stayed there for several days before he was taken to Israeli Damon prison.

Another 14-year-old Jerusalemite child, Muaad Awiwi, complained about his exposure to ill-treatment by jailers at the Moskobiya detention center.

He said that one night, a number of jailers stormed the room, where he was sleeping along with other detained boys, and dragged them all to another room before embarking on beating them savagely.

Awiwi, who is currently in Damon jail, is considered the youngest of the minor detainees being held in Israeli prisons.