Children are Entitled to the Truth: Teaching Young People about Palestine in Canadian Schools and Beyond 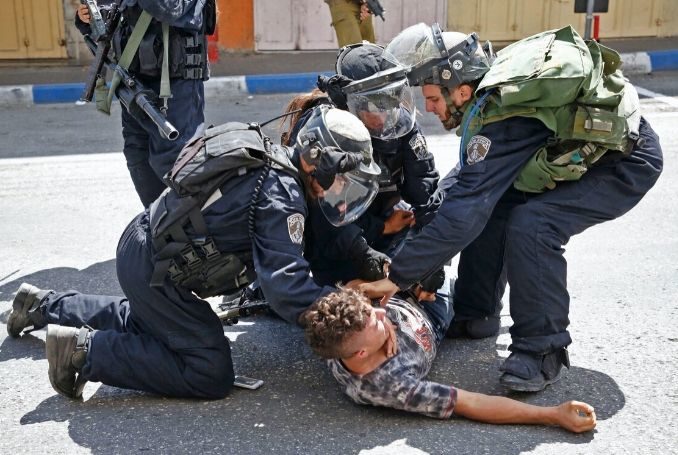 I was at a Toronto mall Saturday. I help coordinate a weekly talent show there.

After one of the talented singers, a girl about 10 years old, performed the MC asked her to stay on stage to share some words about herself.

“What do you like to do when you’re not singing?” he asked.

“Eat pizza and school,” she replied.

“I get to learn. I know a lot of things,” she said confidently. “I know about science, stuff like chemistry and biology, math, I’m learning about geography too. Places outside Canada.”

When she said that I thought about Palestine. And was hit with sadness too. I went for a walk.

I questioned the sadness. Yes, I reflected, Palestine brings to mind the suffering of innocent people. That always makes me sad.

Still, I felt there was something else underlying the feeling. I figured it out after the showcase.

The sadness stems from knowing that the girl is but one of many young people, as we saw during the Javier Davila scandal at the Toronto District School Board (TDSB), who are part of a larger educational system in Canada that prevents students from learning about what’s actually happening in Palestine. In fact, it’s a system, as a recent Independent Jewish Voices Canada report confirms, that bullies educators into not teaching that all.

Children have a right to learn about world injustices at school. That obviously includes the longstanding Israeli oppression of the Palestinian people, thereby denying them a safe and dignified life. Where the right is denied children cannot explore–in the classroom, for example–ways of ending this.

Questions that might be explored to that end include: how can the international community play a role in dismantling the regime of Israeli apartheid, set up to keep Israelis “superior” and Palestinians “inferior”? What legal and other mechanisms must be in place to ensure that Israel is held accountable for its crimes against the Palestinian people–presently and historically?

Why are those who occupy important roles in democratic governments, such as Irwin Cotler (Canadian Special Envoy on Preserving Holocaust Remembrance and Combatting Antisemitism), permitted to endorse and spread Nakba denialism with impunity? How can young Canadians—as people of conscience—be better allies to the Palestinian people, including children who deserve yet don’t have the same educational opportunities as their Canadian counterparts?

Surely some segment of intelligent and caring children will eventually go on to become pro-Palestinian activists. Perhaps the girl singer too. But by not improving the Canadian educational system such that it is not hostile to the truth about Palestinian oppression we are doing them a great disservice. We leave them to figure out, on their own, a world that is rife with racist Israel ideologues—and dishonest ones at that—intent on destroying the Palestinian people and their allies (either physically as in the assassination of Shireen Abu Akleh, or metaphorically where the voices of pro-Palestinian dissent are killed or intimidated into silence).

We owe young people more and that means preparing them within the educational system to challenge this. Conservatives will object: “Leave politics out of school. There’s no place for activism in the classroom anyway.” But as the great political theorist and leftist activist, Henry Giroux, once told me during a podcast, nothing is apolitical.

What the objection really is about is reproducing the status quo—the educational system does not prepare students to fight for social justice, in solidarity with the Palestinian people and others. Quite often that’s because conservatives would rather students undergo a rigid and even morally impoverished education: preparation to succeed in the job market, such as acquiring and developing “skill sets” to perform well at impersonal work. If that’s what an “education” is about then, frankly, it sucks.

It’s important that students have at least the opportunity to become anti-colonial activists at school. Granted that’s no easy task where conservatives determine school curricula. This only means we must push harder. Anti-colonial efforts should be something in which all are engaged—for the betterment of humanity. By the same token how to engage in such efforts need to become a priority in schools. What values do schools have if they are not helping students learn to think critically and act in constructive ways to dismantle regimes like Israel, which keep fellow persons subjugated?

Ultimately we are not here for ourselves but for one another. We are reminded of that by the pain of having, by choice or otherwise, separated ourselves from the task of living and building community together. School curricula should reflect that and pave the way for young people to join Palestinian and other solidarity efforts, which aim to obliterate needle divisions between people—on the basis of race, class, gender, etc.

That’s the future all children deserve.