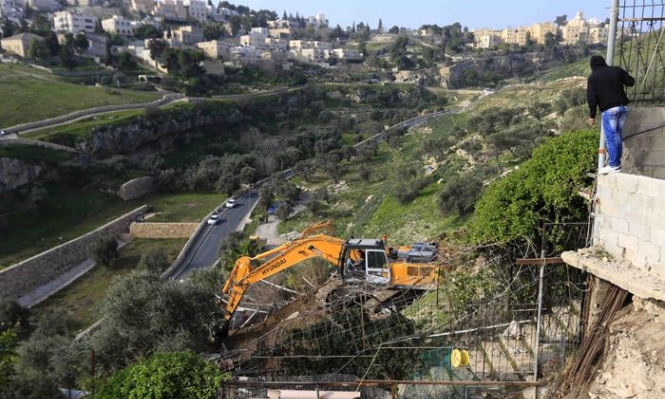 Local media sources reported that Israeli occupation forces accompanied by military bulldozers invaded the Wadi Al-Rababa neighborhood and razed its lands in a preparatory step to conduct it the under the pretext of ‘gardening work’.

In the same context, Israeli occupation plans to establish a base for the Judaizing air train in Wadi Rababa, a suspension bridge between its two banks, biblical gardens, and an additional facility for suctioning wells of Silwan water.

Israeli occupation authorities are trying to control the vacant lands in the vicinity of Al-Aqsa Mosque by planting fake graves in the Palestinian-owned lands of Wadi Al-Rababa, Wadi Hilweh, Al-Saloudha in Silwan, and Ras Al-Amud.

For years, Israeli Settlement associations have been working to put fake graves in many areas of the town of Silwan, claiming that they were graves for Jews and they are being rehabilitated.  Israeli occupation authorities have placed more than 50 fake graves north of Silwan town.

Jerusalemite data showed that the biblical gardens and fake cemeteries established by the Israeli occupation in occupied Jerusalem now control more than 5,000 dunums of the occupied city’s lands.

Wadi Al-Rababa is subjected to a fierce Israeli attack including invading and seizing them under the pretext of “gardening work”, in addition to uprooting dozens of trees and attacking the Palestinian residents of the neighborhood.