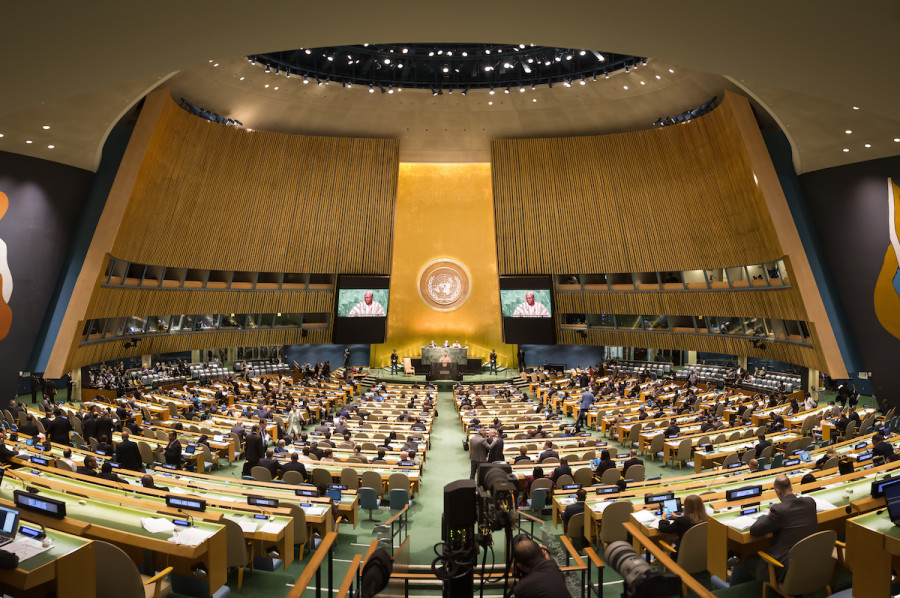 After a significant UN committee requested that the International Court of Justice issue a legal opinion on Israel’s annexation of Palestinian territory, the Israeli ambassador to the UN, Gilad Erdan, declared that the world organization is “about to hammer the final nail in the coffin” of peace talks with Palestine.

The International Court of Justice (ICJ) has been ordered by the UN’s decolonization committee to rule on the legal ramifications of Israel’s conduct since the 1967 Arab-Israeli war denying the Palestinian people the right to self-determination.

Erdan, who is well known for his anti-Palestinian rhetoric and actions, claimed that “the Palestinians are exploiting the ICJ as a weapon of mass destruction in their Jihad war of Israel demonization.”

Even though the request for an opinion from the ICJ is not legally enforceable, it has alarmed the Israeli media due to worries that BDS will gain more international support if the court concludes that Israel’s ongoing occupation of Palestinian territories is illegal.

Earlier, Erdan asserted that Palestinian culture is inherently violent; additionally, while serving as minister of public security, he oversaw Mossad’s efforts to crush the Boycott, Divestment, and Sanctions (BDS) movement.

Itamar Eichner, writing in Yedioth Ahronoth newspaper, warned that if the court ruled against Israel’s occupation of the West Bank, it would cause a “political headache for Tel Aviv”.

Eichner expects that Israel will not cooperate with the court’s ruling if it finds that Israeli presence in Palestinian territories constitutes a continuous occupation.

In another article published in Israel Hayom, Israeli academic Eliav Lieblich claimed that the UN decision represents a “severe blow to Israel’s narrative” about its control of the West Bank since 1967.

Riyad al-Maliki, the foreign minister of Palestine, hailed the vote’s outcomes and thanked the 98 nations that supported the resolution, while 52 abstained and 17 voted against it.