King of Jordan: Solving the Palestinian Issue Begins with the End of the Israeli Occupation 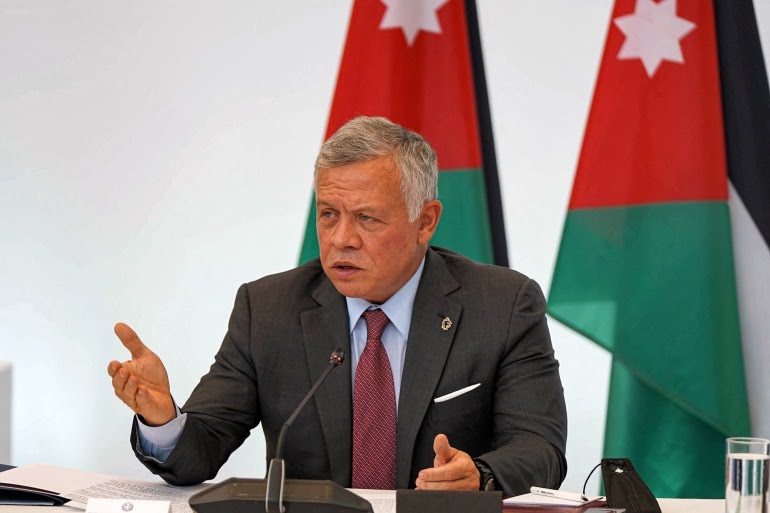 Jordan’s King Abdullah II announced today, Sunday, November 13, 2022, that solving the Palestinian issue begins with the end of the Israeli occupation, stressing that it is a top priority for him.

King Abdullah II stressed during his “throne speech” at the opening of the second session of the Jordanian parliament that Jordan continues to play its “pivotal” role in the region and keeps pace with the rapid changes in the region and the world.

He added, “This pivotal role of Jordan will remain focused on defending the Palestinian cause, which we were, and still are, and we will maintain in our supportive positions.”

The King of Jordan said, “There is no way to bypass the Palestinian issue without a just and comprehensive solution that begins with the end of the Israeli occupation and the establishment of an independent Palestinian state with Jerusalem as its capital.”

Since April 2014, negotiations between the Palestinian and Israeli sides have stopped, due to Tel Aviv’s refusal to stop settlements and release former Palestinian detainees, in addition to its repudiation of the principle of the two-state solution.