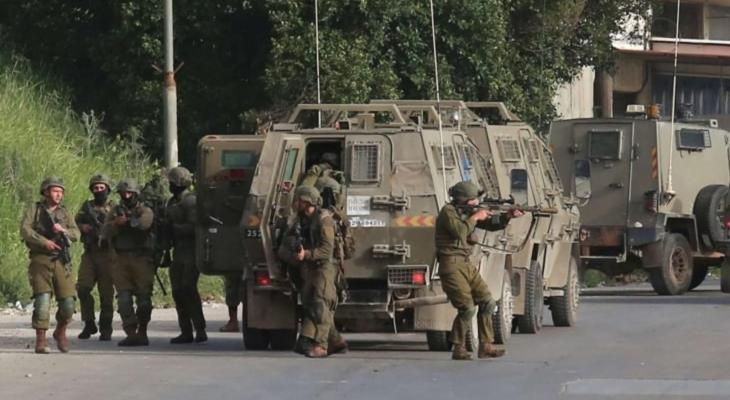 The Palestinian Ministry of Health reported that Israeli forces killed 9 Palestinians, including a 60-year-old woman, who arrived at Ibn Sina Specialist Hospital in critical condition.

According to local Palestinian sources, the occupation forces stormed Jenin city and its refugee camp and climbed the roofs of the Palestinian houses in the camp.

As a result, violent confrontations broke out between the Israeli forces and the Palestinian citizens, during which the soldiers fired bullets and gas bombs at the youths.

The Palestinian Ministry of Health announced the death of Saeb Essam Azriqi, 24, who arrived at Ibn Sina Specialist Hospital in critical condition, as a result of being shot in the chest by Israeli live bullets.

Local sources mentioned that the Israeli forced murdered Palestinian woman, Majida Obeid, 60 years old, after shotting her in the neck.

Later, the Red Crescent reported, “Our medical staff treated 16 injuries, including serious injuries, and this is not the final outcome due to the difficulty of reaching several other injuries in Jenin camp.”

Injuries continue to be transferred from Jenin camp to the government hospital in light of the continued Israeli aggression on the camp.

During their storming, the occupation forces cut off the electricity supply to the camp and prevented ambulance crews and journalists from entering it.

It was the deadliest single Israeli raid on Jenin over two decades.

In the same context, extremist Israeli National Security Minister, Itamar Ben Gvir, called for establishing an “Israeli National Guard” to prepare the country for a new “imminent” war with Palestinians.

The Jewish supremacist minister made the statement after the Israeli occupation forces massacred 10 Palestinians during a violent raid in Jenin and its refugee camp in the occupied West Bank.

It’s noteworthy that these provocative acts come amid the escalating atmosphere, especially after the formation of the new Israeli Government as it escalates daily violations against Palestinian citizens, deliberate detentions, house demolitions, and deportation policy, in a way to suffocate and complicate Palestinian lives.