IOF Obliges Palestinian Citizen to Self-Demolish his House in Jerusalem 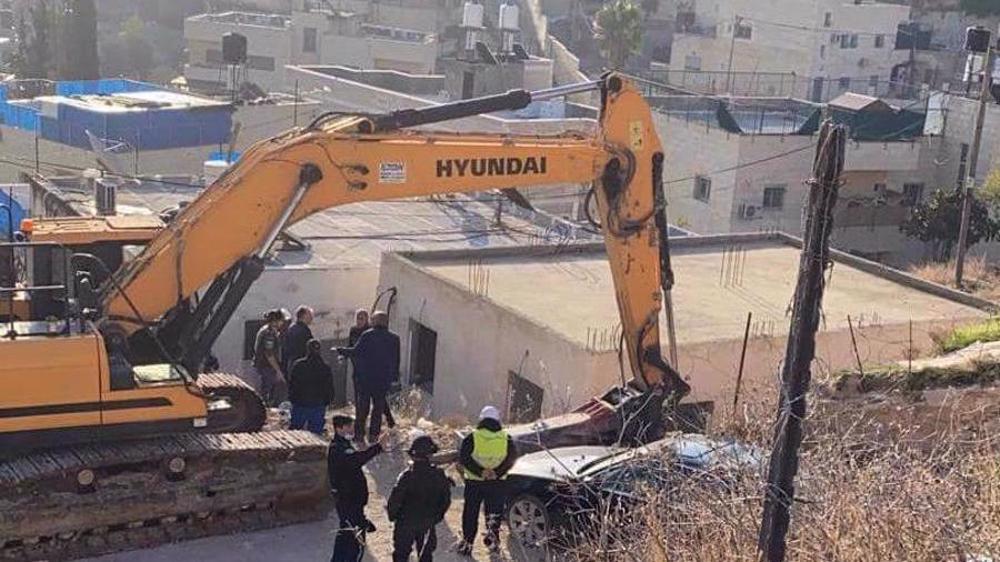 The Israeli occupation forces (IOF) obliged Saturday, October 29, 2022 a Palestinian citizen to demolish part of his house in the occupied city of Jerusalem.

The occupation forces obliged the Palestinian Azzam abu Asab to demolish part of his house, in which ten people live, on Salah El-Din Street; Under the pretext of building without a permit.

He explained that the occupation forces had given him ten days to demolish this part of the house, otherwise he has to pay heavy fines estimated at about 30,000 shekels.

Usually, Jerusalemites are forced to self-demolish their homes, in order to avoid paying heavy fines in case the occupation demolishes them, sometimes reaching hundreds of thousands of shekels.

According to the biannual report of the United Nations Office for the Coordination of Humanitarian Affairs (OCHA), the occupation forces demolished about 300 homes in the West Bank, including Jerusalem since January, 2022.