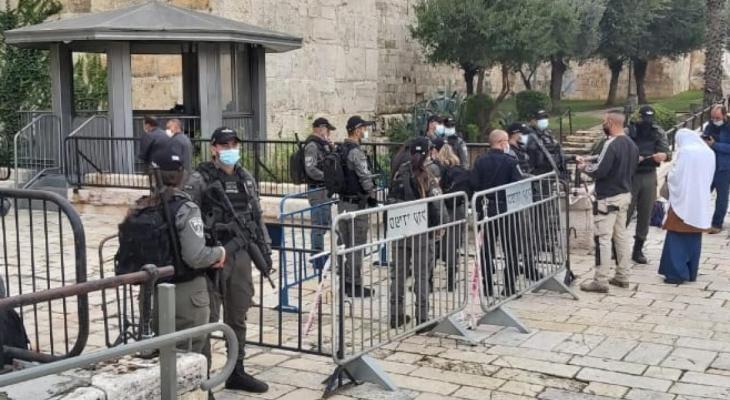 Prayer at Al-Aqsa Mosque is restricted to Palestinians in occupied Jerusalem. Meanwhile, a limited number of West Bank and Gaza residents can enter occupied Jerusalem, but not before obtaining a permit from the Israeli occupation.

Last September, about 4821 Israeli settlers broke into the courtyards of Al-Aqsa Mosque under the protection of Israeli occupation forces.